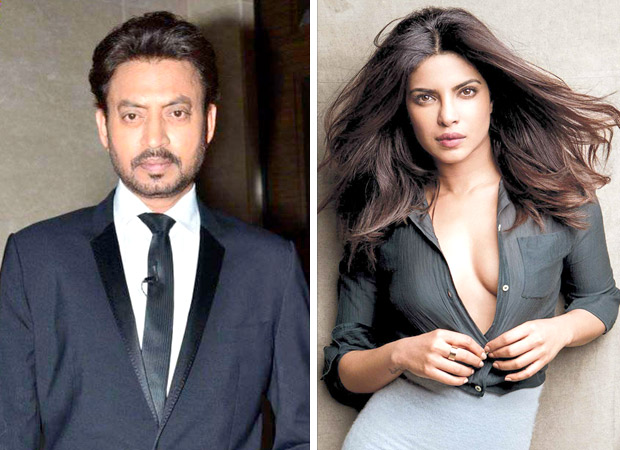 Although Priyanka Chopra continues to be busy with her international projects, there have been many reports about her forthcoming Bollywood films. One amongst them is the constant rumour about her collaborating with one of her favourite filmmakers, Sanjay Leela Bhansali for Gustakhiyan.

Later, there were also speculations about Irrfan Khan being a part of the film. The film traces the journey of poets Sahir Ludhianvi and Amrita Pritam with Irrfan playing the former. However, recent reports claim that Irrfan has opted out of the film and his reason is said to be date issues. Let us remind you, that prior to this, Priyanka was paired opposite Irrfan Khan as his wife in Saat Khoon Maaf.

Rumours have it that Abhishek Bachchan is being considered for the role of Sahir Ludhianvi, with Irrfan exiting the project.

On the other hand, we hear that Priyanka Chopra too is yet to select dates for this film considering that she has to juggle between the shoots for her series ‘Quantico’ as well as the Hollywood film A Kid Like Jake.

Irrfan Khan, as of now, is in New York shooting for the Hollywood film Puzzle, where he plays the leading man opposite Kelly Macdonald.