K-pop group Tomorrow X Together's (TXT) member Choi Yeonjun is making his Korean drama debut with a guest appearance in the finale JTBC series, Live On. On December 29, the preview of the eighth episode was unveiled in which Yeonjun made a cameo. 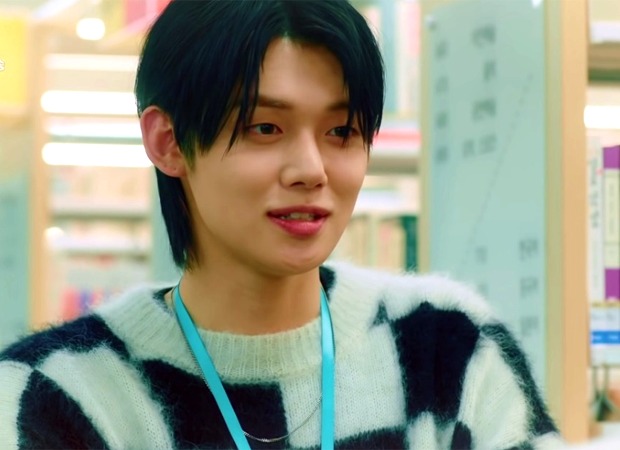 In the preview, Go Eun Taek (Hwang Min Hyun) and Baek Ho Rang (Jung Da Bin) seem to be bonding well. The scene cuts to a library scene where she meets her ex-boyfriend played by Yeonjun. He asks her, “Hasn’t it been so long, So Hyun?” further asking, “Do you remember when we dated?”

According to Viki, the series follows the story of Baek Ho Rang (Jung Da Bin) is the most popular girl in high school. Everybody wants to be her friend and all of the boys' dream of winning her heart. Although she is famously aloof, she is also a star on social media – with the whole school seemingly following her every post. But when a mysterious individual arrives online, she is caught off-guard. This person seems to know all of Baek Ho Rang’s deepest secrets, and is seemingly armed with all sorts of information about her that she’d rather was kept a secret forever! Desperate for answers, she seeks out the help of Go Eun Taek (Hwang Min Hyun), the meticulous, right-minded head of the school’s broadcasting club. However, in order to gain his assistance, she discovers that she will have to become a regular club member – a fact that eventually brings her together with a group of students she never thought she’d consider friends. Can she solve the mystery of the online poster? And could joining the club eventually lead to romance?

Tomorrow X Together aka TXT released their mini-album titled 'minisode1: Blue Hour' on October 26 along with the title track 'Blue Hour'. The B-side track 'We Lost The Summer' music video was unveiled in November.

The quintet closed their album series 'The Dream Chapter' with their last album, 'Eternity'. The album dropped back in May with the title track 'Can't You See Me'. This was followed by a B-side music video, 'PUMA', and the last music video, 'Eternally'. Along with their Japanese release, they dropped their single 'Drama' on August 19.

ALSO READ: TXT releases Korean version of ‘F2020’ expressing the frustration we all have been feeling this year