The moment of October witnessed some of the biggest comebacks in the Korean music industry including the release of the fourth generation group, Tomorrow X Together aka TXT's mini-album. Titled 'minisode1: Blue Hour', TXT released the album on October 26 along with the title track 'Blue Hour'. 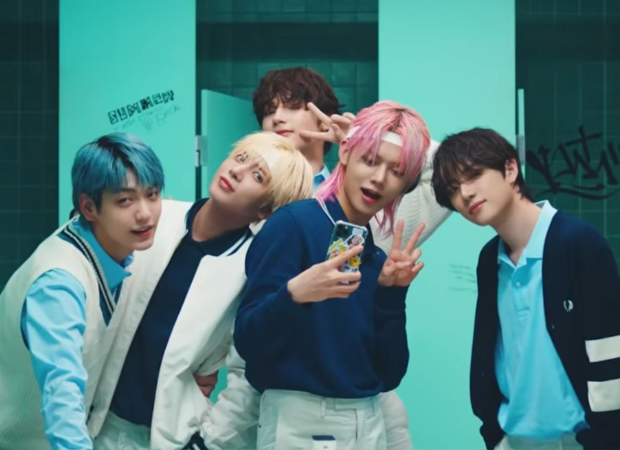 After the release of the title track, they dropped the second music video on the song 'We Lost The Summer' narrating their stories amid the COVID-19. The story begins with the quintet Soobin, Yeonjun, Beomgyu, Taehyun, and Huening Kai taking selfies in the washroom when they receive a national alert on their phone about "public safety" as the virus spread across the world. Aged between 17-20 in international age system, all five of them depict their lives and how it was affected in this scenario. They couldn't attend school in person (since 3 are them are still in high school), play around with friends, and everything became virtual from studying to even their life as an artist.

You see them dressing for the performances happening virtually, keeping in touch with fans, how they miss school campus, playgrounds amongst many things they enjoyed! The story unfolds as they witness snowfall indirectly meaning they are stuck in the coldness of winter as they lost the summer. In the end, during the drone shots, you see them walking while social distancing and wearing masks depicting how the new normal is now. "A week like a nightmare, another month, a year / I want to see you again, our bright summer / Long gone we lost the summer," the lyrics end with them missing the beautiful summer and what it could have been.

TXT has always had a connection with today's generation. Depicting the social lives, performing TikTok videos, playing games, and everything in the music video to show how lives were for them just like the rest of the young ones and how it changed amid the pandemic. "Many first days after the first day on my calendar / I'm left on the endless evening of March 1 / That eternal vacation / Repeating morning / Our time has lost the weather / Ruined in winter / Cause we lost the summer / When we lost each other," reflects on the fact that how life became monotonous and the endless loop of the same routine.

The quintet closed their album series 'The Dream Chapter' with their last album, 'Eternity'. The album dropped back in May with the title track 'Can't You See Me'. This was followed by a B-side music video, 'PUMA', and the last music video, 'Eternally'. Along with their Japanese release, they dropped their single 'Drama' on August 19.