Yash Raj Films mega action adventure Thugs of Hindostan has wowed audiences worldwide with its larger than life, extravagant trailer and its lavish catchy songs, making it the biggest ever Hindi film release. This visual spectacle about an epic war and adventure on the high seas, is releasing this Diwali. YRF is now releasing the teaser of its third song that is surely going to light up the internet. Titled ‘Manzoor E Khuda’, this patriotic dance number salutes the spirit of freedom and has Aamir Khan, Katrina Kaif and Fatima Sana Shaikh dancing on it. 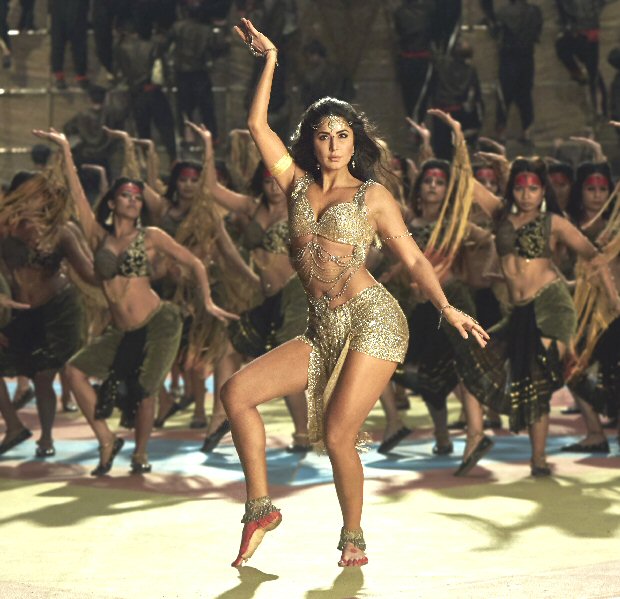 Director Viktor (Vijay Krishna Acharya) says, “Manzoor E Khuda comes at a very crucial turning point in the film and it had to be a moving, powerful song. I think its lyrics, composition and vocals have created an overwhelming effect, making this salute to being free an incredibly special song. We love the song and we are certain that the audiences will love the spirit of freedom in it.”

As we all know, the Thugs take on the mighty British Empire in the film. Thus, the significance of this song is immense. Chinni and Rekha Prakash, who are known for their unique choreography which always becomes a huge talking point, have directed it. Sukhwinder Singh, Sunidhi Chauhan and Shreya Ghoshal – three of the most brilliant singers of our generation have sung this powerful song.

Composed by the talented duo Ajay-Atul, ‘Manzoor E Khuda’ literally means ‘By the will of God’. This track talks about undaunting grit and determination of the Thugs. Standing up for freedom, of living as per one’s free will, is the message that’s embedded at the heart of this inspiring song. Visually grand, the powerful lyrics have been written by Amitabh Bhattacharya.

Thugs of Hindostan brings two of the biggest icons of Hindi cinema Amitabh Bachchan and Aamir Khan for the first time on big screen, making it a must watch movie for Hindi film lovers worldwide. The film is set to treat audiences with the biggest jaw-dropping action sequences seen on screen to date. With its edge-of-the-seat thrills and a visually immersive experience, YRF’s out and out Diwali entertainer, Thugs of Hindostan, is set to release on November 8, a national holiday, in Hindi, Tamil and Telugu.

Also Read: Thugs of Hindostan: Amitabh Bachchan and Aamir Khan shoot amongst snakes, bats and a palki in Thailand