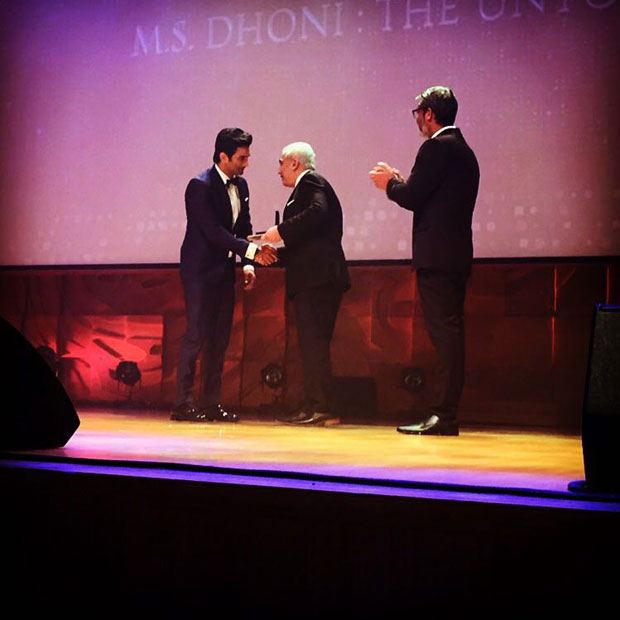 After winning the Screen award for Best Actor Critic's Choice and the Big Screen Entertainment Award for Best Actor in a Drama, for his performance in the 2016 blockbuster, M. S. Dhoni - The Untold Story, Sushant Singh Rajput walked away with the Best Actor award at the Indian Film Festival of Melbourne.

Sushant Singh Rajput, who flew to Melbourne to receive his award, was lauded for his portrayal in and as MS Dhoni. The actor was selected for the honor by an esteemed jury panel that consisted of acclaimed names from Australian and Indian cinema.

On the occasion, Sushant said, "I'm extremely honored and grateful to IFFM and the jury for appreciating my performance. Last time I was in Melbourne I was dancing behind Bollywood stars as a background dancer in the Commonwealth games and now being recognized as the best actor really feels great."

Sushant Singh Rajput seems to have a busy year ahead with many films being lined up and it includes the sci-fi Chanda Mama Door Ke , the thriller RAW, the action drama Drive, the romantic film Kedarnath among others.