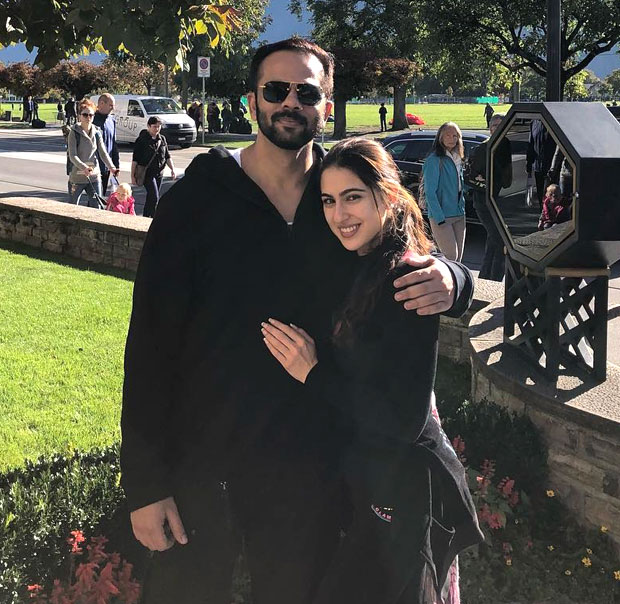 Posing with her director Rohit Shetty, Sara Ali Khan took to social media to share pictures from the sets of Simmba. She posted a series of these pictures with the caption, “Because with @itsrohitshetty sir the only thing blue is the sky #boss #livingmybestlife #swiss #luckyme #sunforfun.” The actress is also said to have been accompanied by her leading man, Ranveer Singh to Interlaken in Switzerland where the onscreen couple are expected to shoot a melodious track from their film. 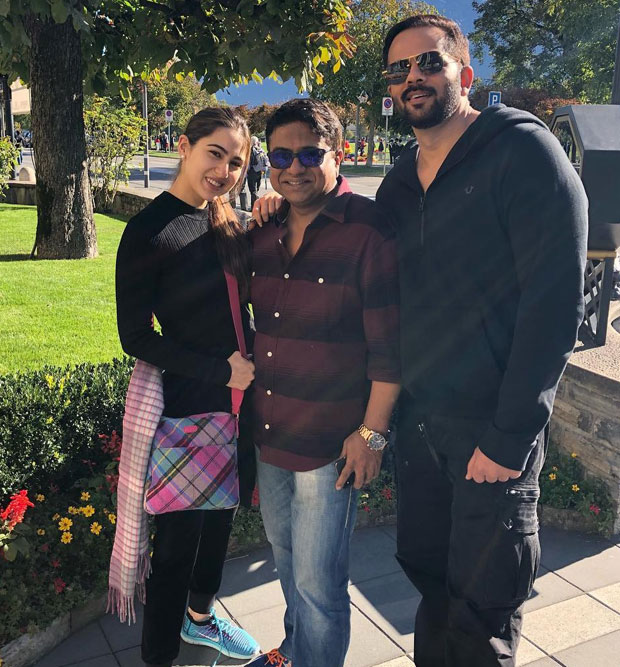 We hear that the shoot in India, which was an extensive schedule in Hyderabad, has been completed. The pending lavish song will Sara Ali Khan’s first and the actress is said to be quite excited about shooting for the same. It is being said that Sara will also have to do some interesting elements of a quintessential Bollywood heroine. She is expected to do multiple costume changes in this track. 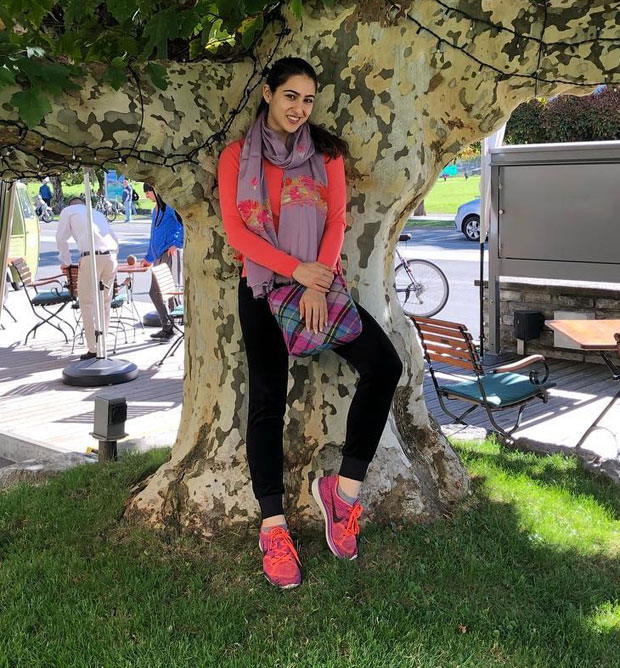 On the other hand, coming to the other aspect of her Switzerland trip, it seems that the actress is using her breaks during the shoot to explore some intriguing things to do in the alps. The actress was recently seen paragliding across a lake and swiss alps during her trip. She posted a couple of videos of her enjoying the adventurous session and here’s a sneak peek:

Coming back to Simmba, the film, directed by Rohit Shetty, also stars Sonu Sood, Tabu amongst others and it is slated to release on December 28.

Also Read: BREAKING: Simmba will be the debut film of Sara Ali Khan; Kedarnath to get postponed