Housemates are still reeling under Sreesanth's elimination and they have all branded Dipika Kakar as a two faced person who wants to eliminate competition to win the game. Sreesanth is secretly keeping watch on Dipika and is angry with her playing a double game. He states that Dipika is on a mission to eliminate all the singles. Surbhi Rana is convinced that Karanvir too would have named Sreesanth. In secret room, Sreesanth discusses Romil and Deepak are the main masterminds of the game and he states how Saba and Somi Khan might go to jail this time around, when essentially Dipika should. 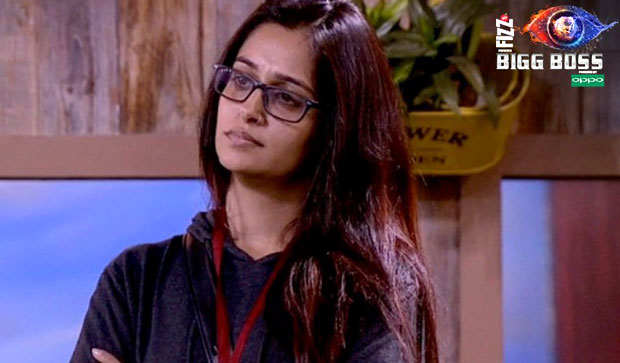 Kaal Kothari Ki Saza is announced and Nehha Pendse names Srishty, Dipika Kakar names Srishty from singles and Khan sisters from couples. Jasleen Matharu too picks Srishty and Saba-Somi, Shivashish calls out Deepak from jodis, Deepak names Karanvir.  After a heated argument and foul language by Surbhi; Sourabh, Srishty and Shivashish get jail term in the house. The show ended with Bigg Boss introducing Oppo Flash Charge Task where the contestants have to point out each other’s strengths and flaws. Nehha, Dipika, Urvashi and Jasleen are selected to play the task and they throw a volley of accusations against each other. 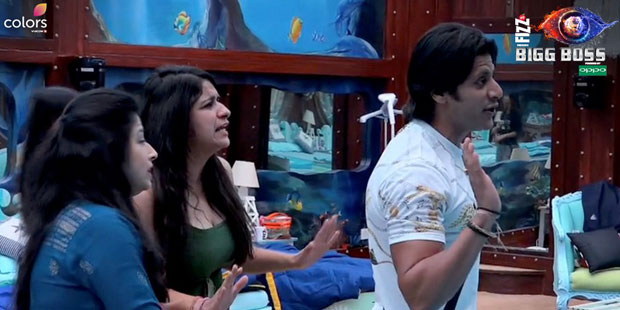 While the highlight of yesterday's episode was Dipika’s real face coming out, Weekend Ka Vaar will have a final elimination on Sunday which will be a surprise for the inmates. We will also see Nehha Pendse getting out of the house in a shocking turn of events on Sunday! Also, Bigg Boss is planning a Big Breakup between the Jodis' and it will be declared that everyone will play as a single now I Stayed.