Last Updated 05.07.2022 | 3:38 PM IST
feedback language
follow us on
Bollywood Hungama » News » Bollywood Features News » Shahid Kapoor maintains that it is good to FIGHT as he speaks about his fights with wife Mira Rajput

Co-stars Kiara Advani and Shahid Kapoor will be coming together as the guests of the Neha Dhupia show BFFs with Vogue. Besides the fact that the duo is coming to promote their forthcoming film Kabir Singh, the two of them are also good friends. While they discussed on many things during the show, Shahid also spilled beans on his relationship with wife Mira Rajput. Speaking about the pros and cons of marriage, the actor touched upon the arguments and fights that he has with Mira. 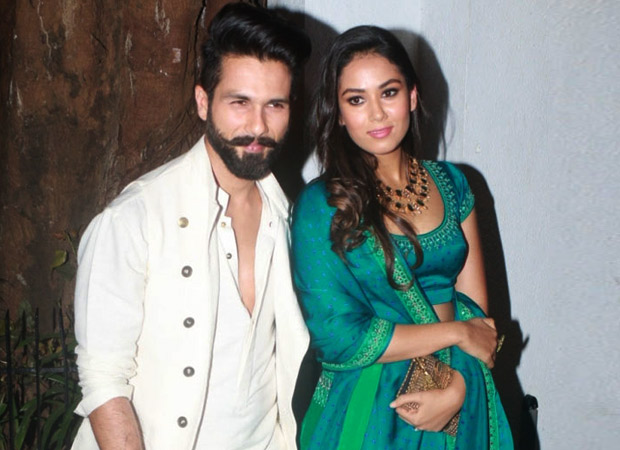 Considering that the couple has been married for a couple of years, it doesn’t come as a surprise that they have had a few fights. Speaking on the same, the actor said that his fights with Mira Rajput last as long as fifteen days. “I usually get flustered when me and my wife have a fight,” said Shahid during the show. He went on to say, “That is something that really bothers me and it takes me time to get over it.”

He added, “We fight once in a few months but ours last very long. Sometimes, they can last as long as fifteen days. So, it’s more it’s [tension’s] there, it’s there and then we talk it out.” When Neha prodded as to who takes the first step to mend, Shahid just replies, “Isn’t it obvious?” hinting at Mira! Furthermore, the actor also explained as to why it is ok to fight. He said, “It is good to fight. It is important to hold your own, disagree and to learn to deal with each other’s differences. It is important to let it have some time so that the emotionality of it is settled down and you can level it and break it down and resolve the problem. You’re together so problems and disagreements are going to happen. You will have to find ways to move on without causing each other to change.”

On the work front, Shahid Kapoor starrer Kabir Singh is expected to hit the big screens this week on June 21. The film, which is a remake of Arjun Reddy, is directed by Sandeep Vanga. Coming to the personal front, the actor and Mira Rajput are parents to two kids – Misha and Zain Kapoor.