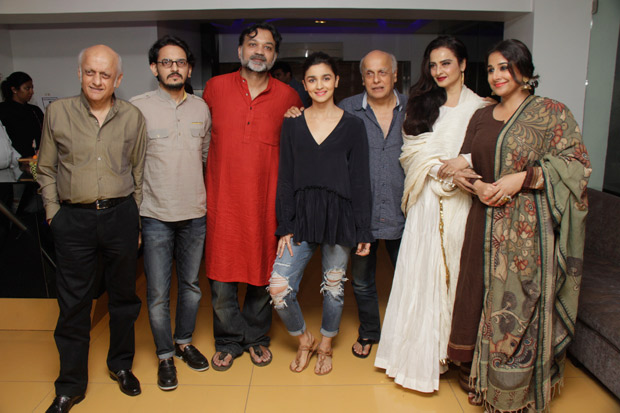 Three powerhouse performers of three different generations coming together for one film would be a dream to see. We are talking about Rekha, Vidya Balan and the Gen Y star Alia Bhatt. While we are yet to see them together on the big screen, we spotted these actresses in one single frame.

The Bhatts recently held the special screening of their forthcoming film Begum Jaan which stars Vidya Balan in the lead. While the actress appeared in her usual ethnic avatar hand-in-hand with hubby Siddharth Roy Kapur, it was quite surprising to see yesteryear diva and actress Rekha at the screening. 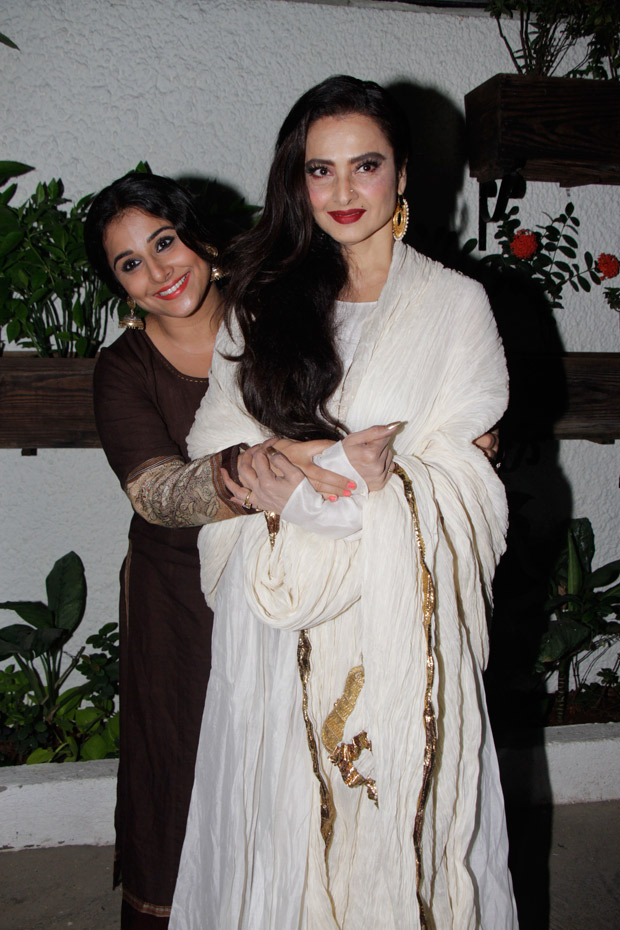 The two women obviously bonded over their love for sarees and more as they were joined by the latest generation star Alia Bhatt. Considering that her father was a part of the film, Alia too came in support of the same and the trio was later captured in one frame along with the Bhatts and the director of the film Srijit Mukerji.

Begum Jaan, that is a remake of the Bengali film Rajkahini, also stars Gauahar Khan, Pallavi Sharda, Ila Arun, Mishti among others and is slated to release on April 14.