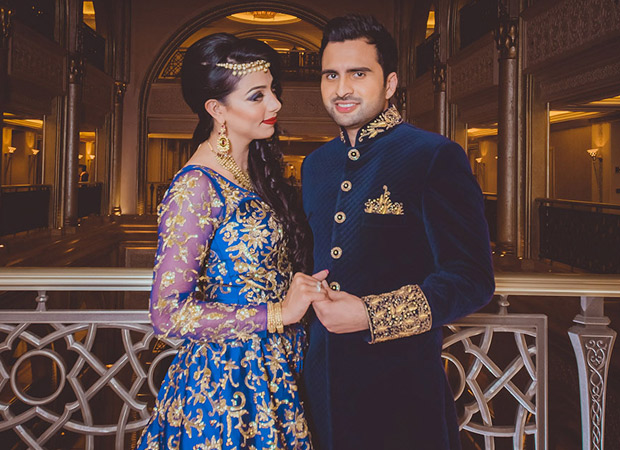 Bollywood has a solid impact on the subcontinent and this was put forth in a tremendous display at the Sangeet of the dream wedding of Sana-Adel on board - a luxury cruise liner somewhere in France in the middle of the sprawling Mediterranean Sea last night. Dubai's business tycoon Rizvan Sajan has left no precious stone unturned in ensuring that his son Adel's wedding celebrations is anything less than spectacular. The festivities reek of grand opulence and then Bollywood is providing the glamourous tadka and everyone is having a gala time while the Spanish and French folks (who don't even understand English that well) are truly amused.

Badshah is a stellar performer and when he stepped up the gas way past 2 am in the morning, the atmosphere was electric. I have witnessed Badshah in action during the Dream Team Tour in USA last year and I admire the fact that he truly enjoys his act on the stage, fools around with the crowd, teases them, good humoredly provokes them and then rules their hearts like never before. He ensured a heady concoction of rhythm and rapping last night and everyone had a rollicking time. Shah Rukh Khan songs and performances were a major attraction at the sangeet. The skit based on Raees theme was especially interesting.

In the morning, we went for an excursion in the ancient city of Marseille in France that has a history as far as 600 BC. We interviewed Shilpa Shetty, Madhur Bhandarkar and Rohit Roy against the picture perfect backdrop of the Mediterranean sea. Later we interviewed Gauahar Khan as she was preparing for hosting the Sangeet ceremony with Hussain. Gauahar looked extremely beautiful in a turquoise blue outfit in the night and she was flooded with compliments. We also interviewed Gurmeet Chaudhury and his good natured wife Debina but the interview of the day for me was with the legendary Pakistani actor Javed Shaikh Sahab. I know him since the classic serial ‘Ankahi’ that swept the imagination of the subcontinent in 1980s and it is still so watchable. Javed Sahab has worked in many Hindi films including Shikhar, Namastey London, Tamasha and he was seen a few months back in Happy Bhaag Jayegi.

The guests in the Sana-Adel wedding have a mix of Indians and Pakistanis. Special care is taken to ensure that both vegetarian and non-vegetarians have an equal opportunity to enjoy the best possible food items. In fact, the options for eating the choicest delicacies are humongous and the food is extremely tasty and more importantly desi-earthy. There was Paan too. I see no difference between Indians and Pakistani as I see everyone enjoying to the Bollywood beat. Wish there could be more such interactions so the differences can lessen and peace may prevail.