Rajkummar Rao is known for many critically acclaimed performances in films like Shahid, Newton and the recent one being Omerta. Some of these films deal with contemporary issus that are quite relevant to our times. And owing to his repertoire, the star was invited to address officers at the National Police Academy, Hyderabad. 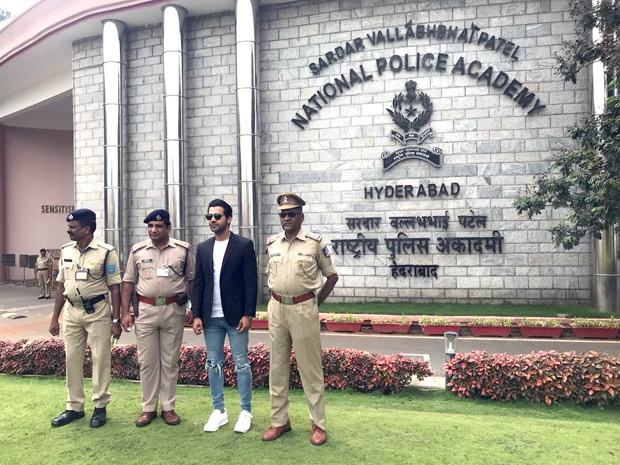 Earlier we had reported that Rajkummar Rao will be flying to Hyderabad on August 19. The actor also spoke to the IPS officers on the subject of discipline, civil ethic and personal sacrifice that the armed and police forces make, owing to their line of duty and also to share his own journey and experiences in the film industry. 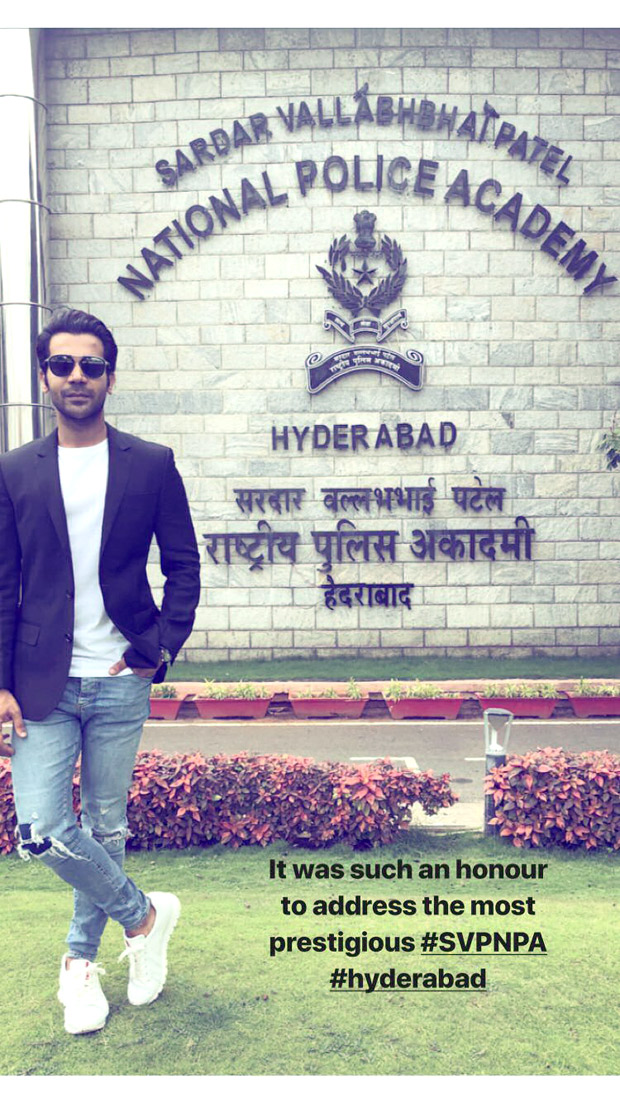 Speaking about the experience of meeting them, Rajkummar said, "It was a privilege to interact with the true heroes of our country. I strongly believe that our security forces work tirelessly and selflessly for us. I really wanted to thank them and there couldn’t be a better opportunity.”

Rajkummar Rao will next be seen in Stree featuring Shraddha Kapoor, Aparshakti Khurana amongst others. He will also feature in the Anil Kapoor, Sonam Kapoor starrer Ek Ladki Ko Dekha Toh Aisa Laga and also Made In China alongside Mouni Roy.