The much-awaited engagement bash of our Desi Girl Priyanka Chopra and Videsi Dulha Raja Nick Jonas took place at the plush Chopra residence last night. While the grapevine was rife with rumours of an impending official ceremony, Priyanka had piqued our hopes by sporting a huge rock on her finger when she arrived in India. Like they say, if you like it then you should put a ring on it! With shutterbugs keeping a keen eye on all the happenings at the Chopra house, Nick’s late arrival in Mumbai with his parents in tow only cemented the speculation. 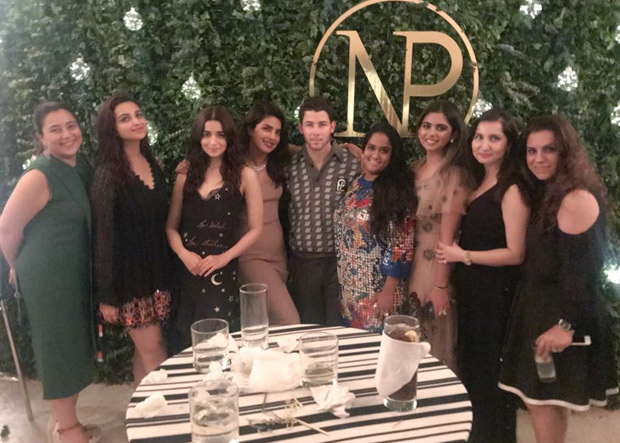 The rumours were confirmed when a Roka ceremony was held in the morning yesterday. It was followed by an engagement bash hosted by Priyanka Chopra and Nick Jonas for their friends. Not surprisingly, it was star studded bash, with many from the fraternity making a grand appearance. Amidst the rumours of Salman Khan being miffed with Priyanka Chopra after she walked out of Bharat, it was a pleasant surprise to see Arpita Khan making it to the morning and evening events. 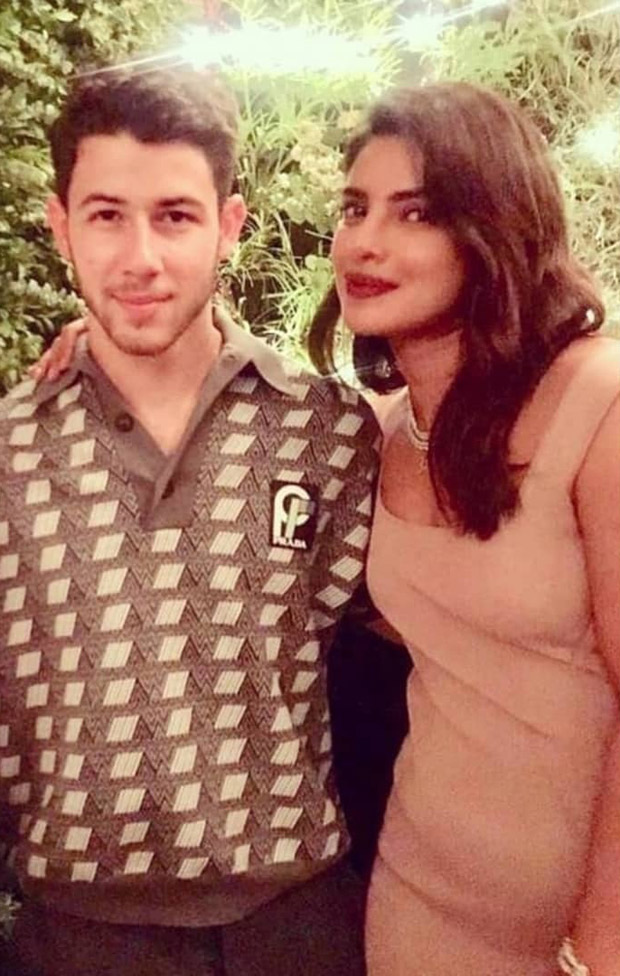 While the couple of the moment had gone all out to turn desi earlier in the day, for the bash, they went all casual - Priyanka wearing a nude coloured gown, bright lips and wavy hair. Nick kept it simple in a Prada tee, trousers and white slip-ons. 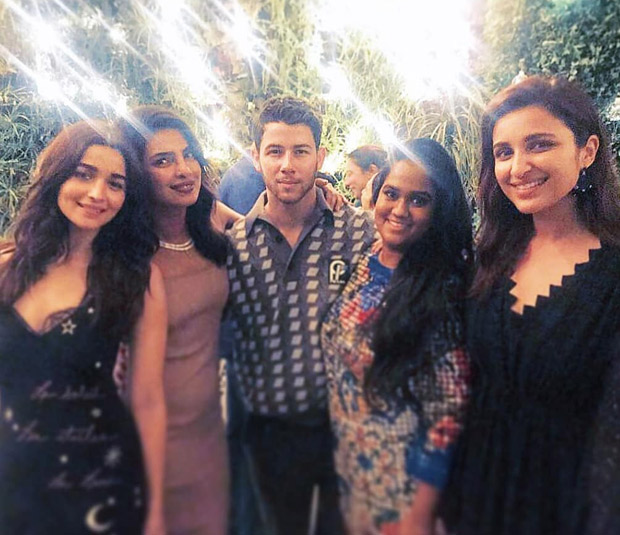 Gracing the occasion was also the Gen Y star Alia Bhatt. She wore a Cinq a Sept midnight blue printed cami gown featuring ruffles. She topped off the look with a pair of see through strappy heels, a sling, subtle makeup and soft wavy hair. 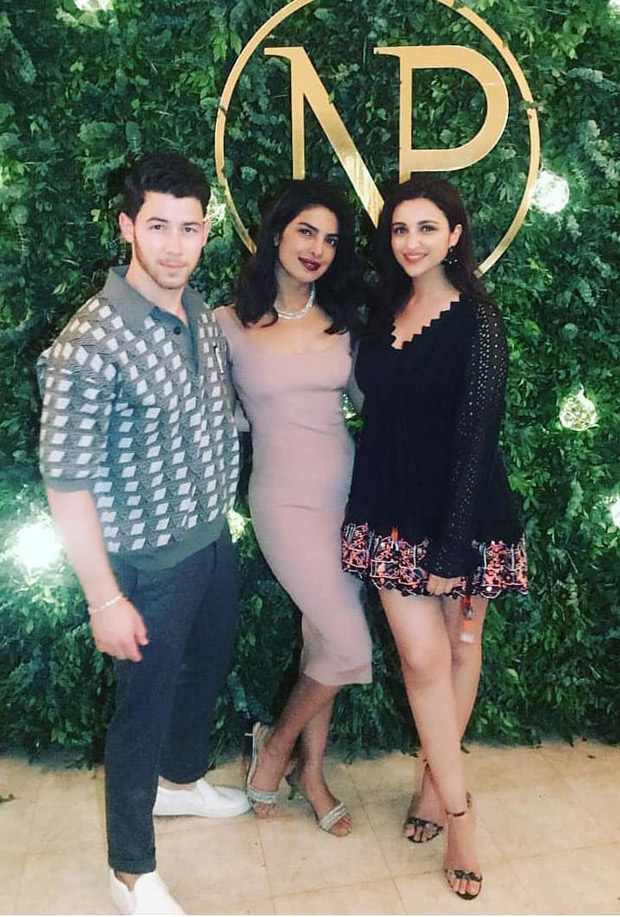 On the other hand, cousin of Priyanka Chopra, Parineeti Chopra, who too was dressed up in ethnic outfits, decided to repeat her Australian Tourism photo shoot look featuring a Hemant and Nandita Boho-black dress for the bash. She topped off the look with heels, subtly done makeup and textured hair. 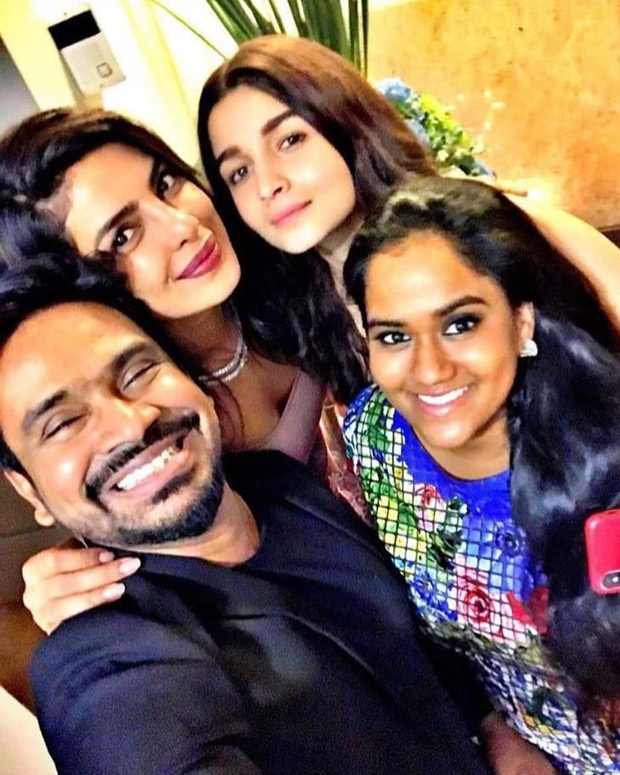 On the other hand, Priyanka Chopra looked every bit desi, gorgeous and stunning to say the least during the traditional ceremony that was held in the morning. The couple was all smiles for the throng of paparazzi clamouring for that perfect shot outside Priyanka’s house. For the roka ceremony, Priyanka wore a lemon yellow coloured Abu Jani - Sandeep Khosla embellished ensemble, whereas, Nick impressed us in his all Indian avatar in a white kurta. 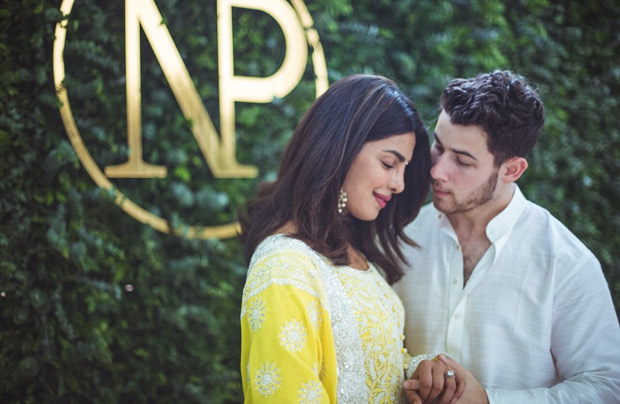 Here are some pretty pictures from the bash: 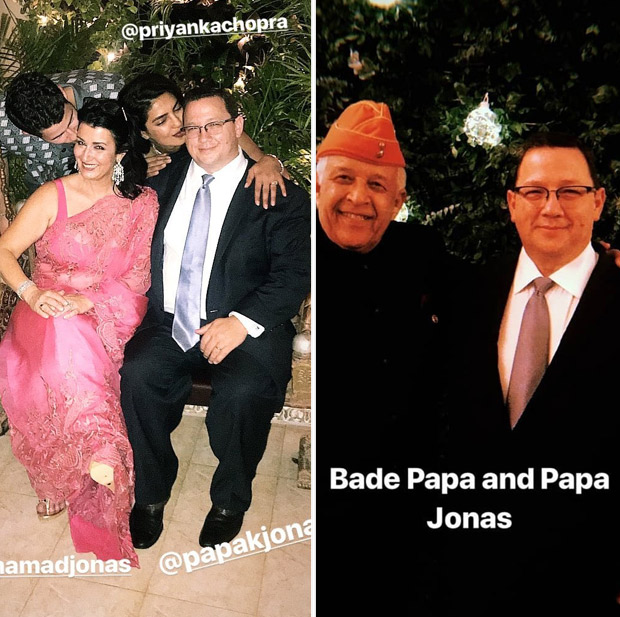 Nick Jonas and Priyanka Chopra began dating in May this year. While the duo was spotted on numerous lunch and dinner dates, their short Indian sojourn to Goa had us hooked and cooked! Priyanka Chopra made headlines a few weeks ago with her decision to quit the film, Bharat starring Salman Khan. Director Ali Abbas Zafar’s cryptic tweet congratulating PeeCee further fuelled the rumours.

On the professional front, Priyanka was last seen as Alex Parrish in Quantico 3. She will be seen essaying the role of a mother in The Sky Is Pink with her Dil Dhadakne Do co-star Farhan Akhtar along with Zaira Wasim.

Also Read: Before getting engaged to Priyanka Chopra, here are all the beauties Nick Jonas dated