Last Updated 14.08.2022 | 11:30 PM IST
feedback language
follow us on
Bollywood Hungama » News » Bollywood Features News » The Lord of the Rings: The Rings of Power brings Elven King Gil-Galad’s character to life; Benjamin Walker says ‘we know him as a warrior’

Gil-galad is counted among one of the most influential characters in The Lord of the Rings. He has a poem written for him in the Third Age, and it only speaks volumes about his powers. A ray of hope and action, Gil-galad, the High Elven King, is considered the last whose realm is free and fair. After a significant story in the Third Age, Gil-galad is all set to have a fruitful journey in the Middle-earth Second Age with Amazon Prime Video's The Lord of the Rings: The Rings of Power. 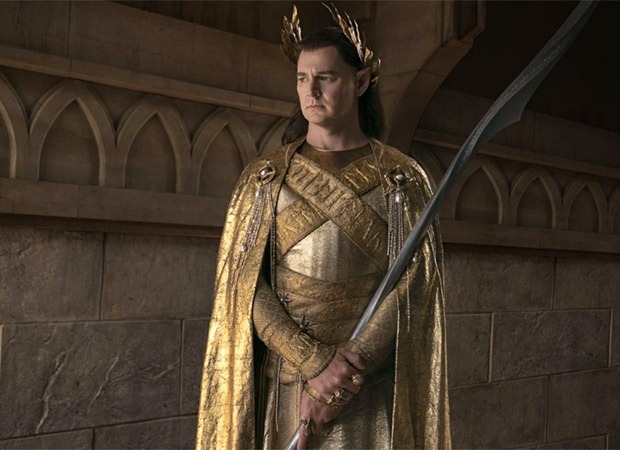 The Lord of the Rings: The Rings of Power brings Elven King Gil-Galad’s character to life; Benjamin Walker says ‘we know him as a warrior’

Actor Benjamin Walker, who will be taking on the mantle, spilled the beans about how his character will be brought to life in the series. Walker said, "He’s got this kind of elvish spidey sense of the impending rebirth of evil. He always sees it a second before."

Adding further, he reveals, "So when we find him at the beginning of season one, he’s in a time of peace. But for Gil-galad that means something entirely different. That peace and liberty require constant vigilance. And I think he’s playing the long chess game of the preservation of Middle-earth. He’s got this connection with the life force of Middle-earth, almost as if he can feel the tentacles of evil slithering beneath the crust of Middle-earth. And he knows it’s there. And so, it begs the question what am I going to do about it?”

Gil-galad's end is known to all, where he fought against Sauron with the Elves and the Men, ultimately losing his life. However, in The Rings of Power which takes place in the Second Age, his character, will learn, grow, lead and try to save the Middle-earth. "We know him as a warrior. We’re going to get to see him as a warrior. But he’s a politician in the sense that we wish we had, in that he attempts to bring out the best in all of us so that when we do need to come together, we can," mentioned Walker.

While he's fighting it out, there's an internal challenge of 'trusting people' that Gil-galad must overcome in the Amazon Original series. "He has to let his own world have a life of its own. He must let go, as a parent does. The ultimate last loving thing is to let them go out on their own and to trust that they will do the right thing. And that they will know what that thing is. And I think that’s why these characters that Tolkien has created continue to evolve. Otherwise, he’s just this prescient ruler who’s got a lot of experience and can kick ass when he needs to. He’s constantly evolving," shared Walker. Gil-galad will build a strong bond with Elrond that change the dynamics in the Second Age.

The Lord of the Rings: The Rings of Power explores the major happenings ahead of The Hobbit and LOTR Trilogy. The series will release in India in six languages like English, Hindi, Tamil, Telugu, Kannada, and Malayalam.

Also Read: The Lord of the Rings: The Rings of Power unveils an evocative new clip: “Nothing is evil in the beginning”