Just a day ago, Bollywood buffs were in for a treat as an ensemble cast of John Abraham, Arjun Kapoor, Disha Patani, and Tara Sutaria came together to launch the trailer of Ek Villain Returns. The film will feature all the actors in grey characters. In the said trailer, we got a glimpse of Tara playing the role of a singer, a rockstar, to be more precise. Giving a glimpse of her reel life avatar, the actress took to the stage during the trailer launch, where she crooned a few lines from ‘Teri Galliyan’ – the iconic number from Ek Villain franchise. 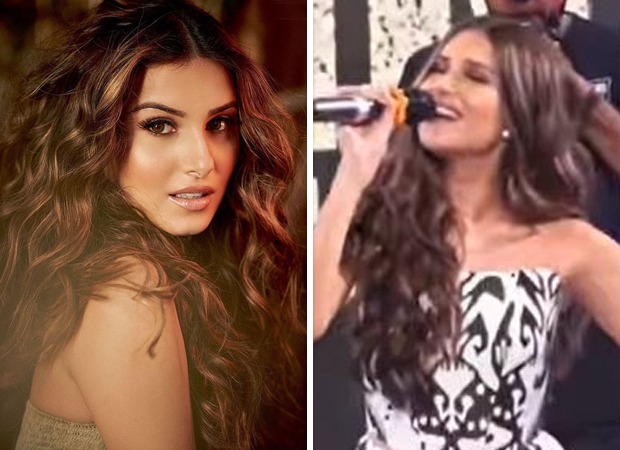 In fact, in the trailer of Ek Villain Returns, we could hear a new remixed version of ‘Teri Galliyan’ and we wonder if Tara has crooned the same for the movie as well. During the press conference that was held last evening post the trailer launch, filmmaker Mohit Suri did confirm that Tara has sung for the film too but the details of the same were kept under wraps. Similarly, Tara was quick to confess that she did undergo music prep for the same but did not reveal any more details, adding that we will know when we watch the film. While fans await to hear more from Tara, the singer, she couldn’t help but share some of her talent on stage LIVE during the trailer launch. Here, have a look at her singing ‘Teri Galliyan’ effortlessly.

Speaking about the film, Ek Villain Returns brings together onscreen couples John Abraham - Disha Patani and Arjun Kapoor – Tara Sutaria for the first time. Directed Mohit Suri and produced by Ekta Kapoor as well as Bhushan Kumar, the film will release on July 29.