Last Updated 09.02.2023 | 11:14 AM IST
feedback language
follow us on
Bollywood Hungama » News » Bollywood Features News » Current Laga Re song launch: Ranveer Singh assures that there’s more to Cirkus than what was shown in the trailer: “Rohit Shetty has saved everything for the film. Watch the film. It’s an absolute RIOT”

The launch of the song ‘Current Laga Re’ from Cirkus was a fun-filled affair. It brought together the real-life couple Ranveer Singh and Deepika Padukone on stage and their chemistry off-screen and on-screen added to the fun. Ranveer, in his trademark style, raised laughs and he also promised that there’s a lot more to Cirkus than what is shown in the trailer. 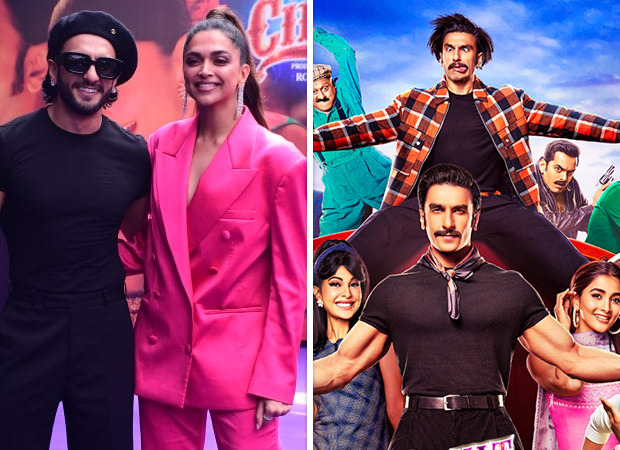 Current Laga Re song launch: Ranveer Singh assures that there’s more to Cirkus than what was shown in the trailer: “Rohit Shetty has saved everything for the film. Watch the film. It’s an absolute RIOT”

Ranveer Singh revealed that he rehearsed for ten days for the shoot of the song ‘Current Laga Re’ to match up with Deepika Padukone. He added, “Mujhe pata tha ki waise bhi, sab log Deepika ko hi dekhenge! Even when I see the song, I can’t help but focus only on Deepika. I had to do something. Hence, I thought I should practice and put my energy into it. Warna aap logon ne bhi dekha ki nazar udhar hi jaati hai!”

Deepika Padukone, at this point, chipped in, “I don’t agree. In any song, the minute you come in front of the camera, (for the audience), it’s about connecting with that person that’s in front of you. I am fortunate to have someone like Ranveer who is so trusting, which is not the case often. You find actors often who are always trying to overpower or overshadow. You really value that, when you find a co-star whom you can really trust. We have had that in our previous films and you can see that in the song as well. We are not trying to be one up on each other. It’s really about two people as characters enjoying themselves. That’s what you see on screen. We can joke about up energy and low energy. The truth is what you are seeing is the chemistry that comes out of trust.”

Ranveer Singh continued, “There’s trust not just among co-stars but on Rohit Shetty sir’s sets, there’s inclusivity. Everybody has a part to play. There’s team work. You see the song and you can’t help but smile. It’s not just owing to one person. It’s thanks to the whole team working together. When Rohit sir makes the film, it’s inclusive for the audience as well. It’s so inviting as if he’s telling the audience ‘Come to the theatre. I’ll make sure you have a good time’. I can’t wait for the audience to see it. After 2-3 years of the difficult time that we have all been through, this film is poised to give the audience that old feeling of joy which we have missed for so long.”

Finally, Ranveer assured, “Let me tell you. You have not seen anything in the trailer. He has saved everything for the film. Watch the film. It’s an absolute riot. When you come out of Cirkus, you’ll feel so light and happy. That was the idea. We are here to serve the audience.”