Even though actress Mahira Khan made a splash in B-town and left us wanting more before subsequently returning to her homeland, we haven't forgotten her at all. The stunning Pakistani actress made her Hindi film debut in Raees, starring opposite none other than Shah Rukh Khan. Since returning to her base, she has reminded us that it wasn't just her on-screen personality that attracted us, but also her fashion choices. The well-known Pakistani actress Mahira Hafeez Khan not only knows how to perform well, but she also knows how to dress well. Mahira has made Pakistani fans cry alongside her in every film she has appeared in, including Bol, Bin Roye, and the critically praised Humsafar. She is all perky when it comes to her fashion, as shown by her Instagram, though. 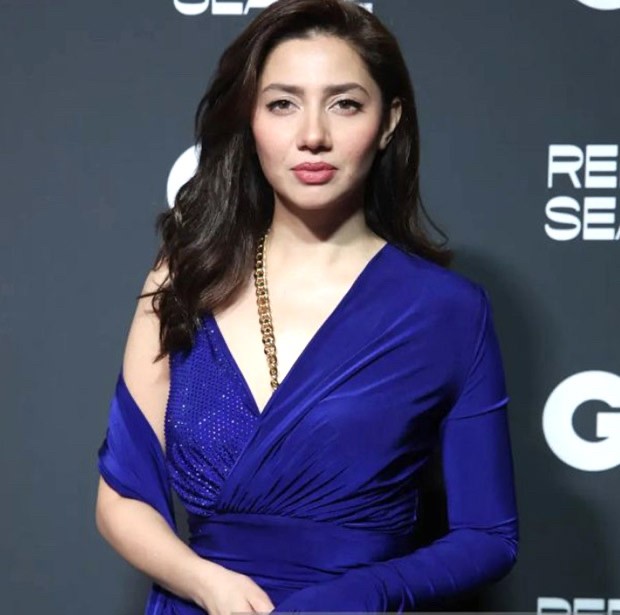 Mahira Khan frequently posts adorable images of her wearing stunning outfits to her Instagram admirers and followers. She has a tonne of eye-catching anarkalis, sharara sets, lehengas and elegant western dresses in her closet. Her fans were ecstatic when she decided to attend the Red Sea film festival wearing another stunning number from her closet. Mahira selected a bodycon blue dress. Her blue bodycon dress features a cinched waist and one complete sleeve that transforms into a glove. The opposite side of the dress features a sleeveless design, and the bust is embellished with silver elements, giving the dress a sparkling appearance. The back of the gown also features a trail, which Mahira draped over her arm to complete the gorgeous appearance.

The actor accessorised her outfit with simple jewellery, such as a gold statement chain. To round off the glam options with the blue gown, Mahira chose a centre-parted open hairstyle, subtle Smokey eye makeup, berry-toned glossy lip colour, flushed cheeks, radiant complexion, and on-fleek brows. 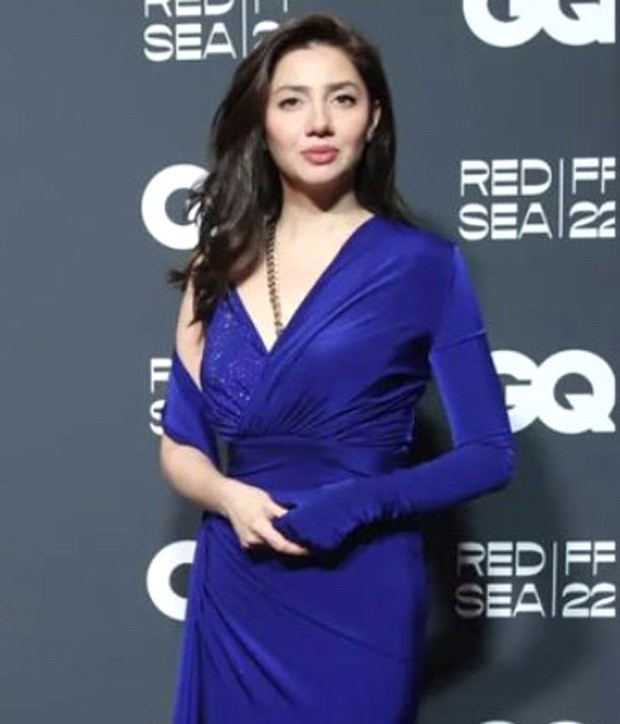 Meanwhile, on work front, Mahira was last seen in the movie The Legend of Maula Jatt. The action historical drama, which released on October 13, 2022, is the first Pakistani film to ever surpass the 200 crore mark at the global box office. Mahira Khan, Fawad Khan, Hamza Ali Abbasi, and Humaima Malik were among the many A-list actors in the movie.