It's 2020 and virtual concerts are now a thing! Many artists, who have had to reschedule or cancel their world tours amid the COVID-19 pandemic, are staying in touch with their fans via putting up shows, virtually. Global superstars BTS have been doing the same but the difference is - their scale is magnum opus! When BTS had to postpone their Map Of The Soul stadium world tour earlier this year, the septet began prepping for their next album, 'BE (Deluxe Edition)'. Amid this quarantine period, they hosted their first virtual concert BANG BANG CON - The Live that was viewed by 756,600 fans across 107 regions and set a new Guinness World Record for ‘most viewers for a music concert live stream.’ 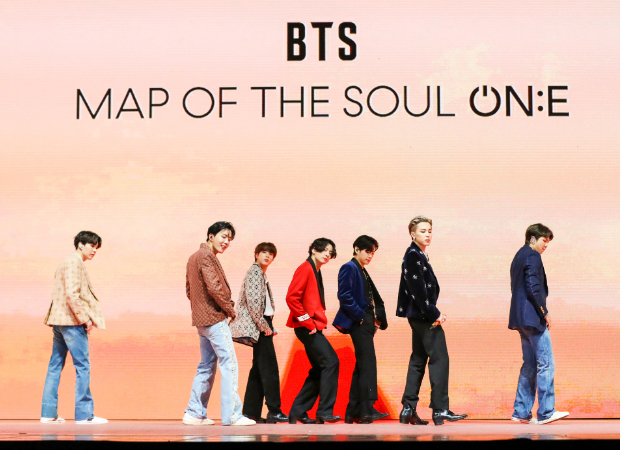 BTS’ MAP OF THE SOUL ON:E was a true testament to their artistry

During this time, sending a sense of hope, love, positivity, and energy into the world, BTS released their first English single as a group 'DYNAMITE' that broke multiple records including their first Billboard No. 1 Hot 100. It's been a surreal journey for them over the last seven years. There was still something missing - performing in front of their fans called ARMY and showcasing what they prepped for months with their studio album, 'Map Of The Soul: 7'.

BTS' virtual concert MAP OF THE SOUL ON:E kicked off on Saturday, October 10 (3:30 pm IST). The live streaming began one hour ahead of the scheduled performances that showed their Tiny Tan and Samsung campaigns, and music videos 'No More Dream', 'N.O', 'Run', 'DNA', 'Idol', 'Boy With Luv' ft. Halsey and 'ON'. 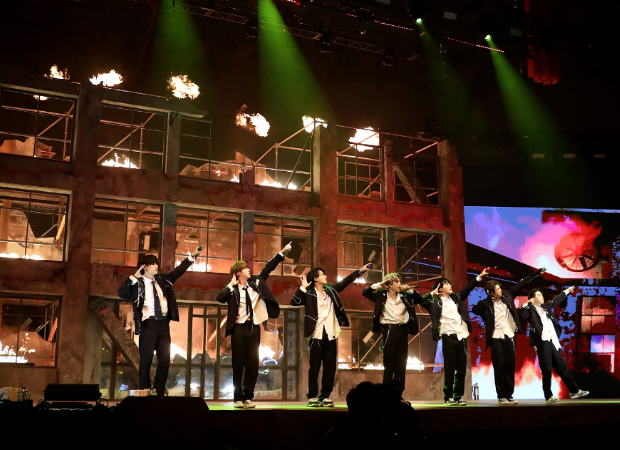 Big Hit Entertainment, in their earlier statement, revealed, "This time, the show boasts a production cost eight times bigger than BANG BANG CON - The Live. BTS will perform on four massive stages, giving the viewers a sense of scale, as if they’re in four different venues. The concert will also incorporate technological features such as AR, XR, and 4K/HD to bring viewers a more vivid and theatrical concert experience."

It wasn't a concert, it was an EXPERIENCE. Known to give memorable performances, BTS did not come to play! 23 songs and almost 3 and a half hours worth of high production performances that left everyone speechless. Their set started with a hard-core grand-scale performance on their title track of 'Map Of The Soul: 7'. Recreating the set of 'ON' at the stadium, they were pumped with their pitch-perfect vocals, impressive dance breaks, and immaculate stage performance. The medley included 'N.O' and 'We Are Bulletproof Pt. 2' that hit right in the feels! 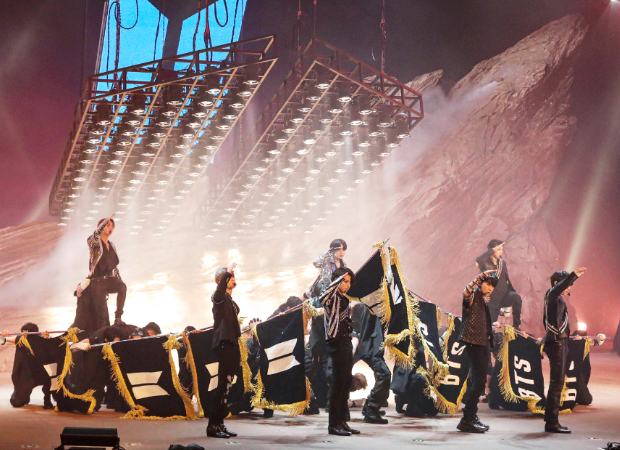 It was a trip down the memory lane with a rollercoaster of emotions as the setlist was prepared to reflect on their seven-year journey. While some older songs were included, it was the very first-time songs like 'Interlude: Shadow', 'My Time', 'Filter', 'Moon', 'Inner Child', 'Outro: Ego' and 'We Are Bulletproof: The Eternal' were performed for the audience. 'Intro: Persona' was earlier performed at 2019 Melon Music Awards whereas 'UGH!' and 'Zero O'Clock' were included in the setlist during their June virtual concert - BANG BANG CON - The Live.

When it came to a close, BTS reflected on how these past few months had been very difficult considering they had to make changes in their world tour. When it comes to album making and tour preparations, everything is done so way in advance so it was understandable why they felt so low. But, BTS was grateful that they got this opportunity to showcase what went into the making of the Map Of The Soul tour and what they could have shown it to the ARMYs in person!  Their ending statements were emotional but gave a sense of hope to the fans around the world to power through in these trying times.

At the end of the day, BTS did not replace the feeling of a stadium tour. Instead, they added grandeur to it. What they could not have done during a normal concert, they included it in their virtual concerts. It is a testament to what BTS can create with their sheer artistry and distinctiveness. BTS' sentiments have remained the same - to continue to love music, the stage, the fans and never stop dreaming! They put up a magnum opus show with full enthusiasm that will be remembered for many years to come.

ALSO READ:  BTS members reflect on the past few months; send messages of hope to reunite with ARMY  on the first day of MAP OF THE SOUL ON:E