Following the explosive success of their No.1 single 'Dynamite', global superstars BTS are coming to the audience around the world with the new online concert “MAP OF THE SOUL ON:E”. 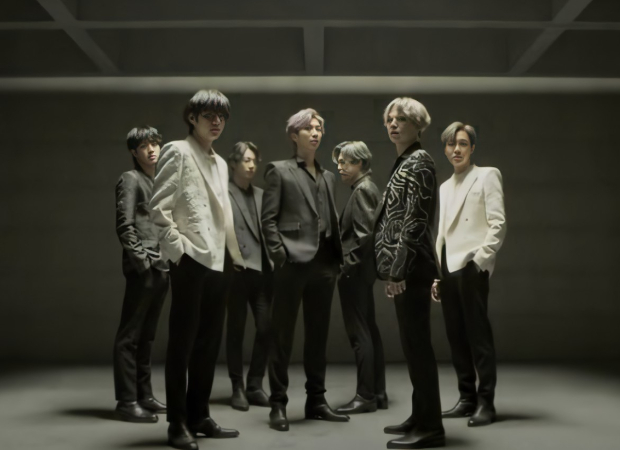 The first teaser dropped on October 6 showcasing what can the fans expect from the upcoming virtual shows. Over the years, the 'Map Of The Soul' series has followed the philosophies of Carl Jung. In the teaser, you witness many callbacks - RM depicting shadow and light meaning his PERSONA, the 'Wings' era references, the broken mirrors reminding of MAMA 2018 VCRs. According to the teaser, it seems like an indication that the septet is hinting about their solo sets as well.

You see Jin surrounded by mirrors, Jimin, V looking at their reflections into a broken mirror whereas you witness Jungkook walking as you see multiple versions of him through the mirror. According to Carl Jung's Archetypes of the Collective Unconscious, it states, "Whoever looks into the mirror of the water will see first of all his own face. Whoever goes to himself risks a confrontation with himself. The mirror does not flatter, it faithfully shows whatever looks into it; namely, the face we never show to the world because we cover it with the persona, the mask of the actor. But the mirror lies behind the mask and shows the true face."

Meanwhile, you see J-Hope and Suga looking at the reflections. According to Carl Jung's Aion, "The shadow is a moral problem that challenges the whole ego-personality, for no one can become conscious of the shadow without considerable moral effort. To become conscious of it involves recognizing the dark aspects of the personality as present and real. This act is an essential condition for any kind of self-knowledge.”

The second teaser from the upcoming concert was released on Wednesday, October 7, 2020, giving the solo shots of the members.The title “MAP OF THE SOUL ON:E” signifies a ONE and only “ONline Edition” concert. For this event, BTS will go beyond showing just virtual performances and bring massive scale to their stages for about two hours of running time.

Technological aspects such as 4K resolution, AR, and XR will bring viewers more vivid and enhanced content. Not only will it be more theatrical, but it will also provide “multi-view live streaming” that displays six multi-view screens from which fans can select their favorite one. This marks the latest collaborative effort between Big Hit and Kiswe since “BANG BANG CON The Live”.

Big Hit Entertainment said, "We have prepared never-before-seen stages and various setlists for fans who must have felt disappointed by the cancellation of offline concerts due to COVID-19. Some songs will also be given variations across the two days. We hope you look forward to “BTS MAP OF THE SOUL ON:E”.”

In June, BTS opened a new era of On-Contact shows with “BANG BANG CON The Live” that met 756,600 ARMY. Marking the biggest audience for a paid virtual concert, BTS is regarded to have shown new possibilities of virtual concerts in the age of COVID-19.

Held in Seoul, “MAP OF THE SOUL ON:E” will be live-streamed worldwide on October 10 and 11.

ALSO READ: BTS end their residency on The Tonight Show Starring Jimmy Fallon with ‘Dynamite’ performance at a rollerskating rink