Last Updated 01.02.2023 | 8:30 PM IST
feedback language
follow us on
Bollywood Hungama » News » Bollywood Features News » Bigg Boss 16: Drishyam actress Ishita Dutta comes out in support of Tina Datta after Sajid Khan takes a dig at her career; says, “The person who is saying this should look in the mirror”

Bigg Boss 16 has reached its mid-way and the fights have become quite intense with the new wild card entries. With all the drama unfolding and changing dynamic between contestants, the game is intriguing. A day ago, Tina Datta saw her allies turning against her as she heard Shiv Thakre passing nasty comments mocking her birthday and Sajid Khan passing hollow remarks on Tina’s career saying she has no value in the outside world. Drishyam actress Ishita Dutta, who has also been a part of television shows, came in support of her Bengali sister and responded to the remarks made by Khan about her career. 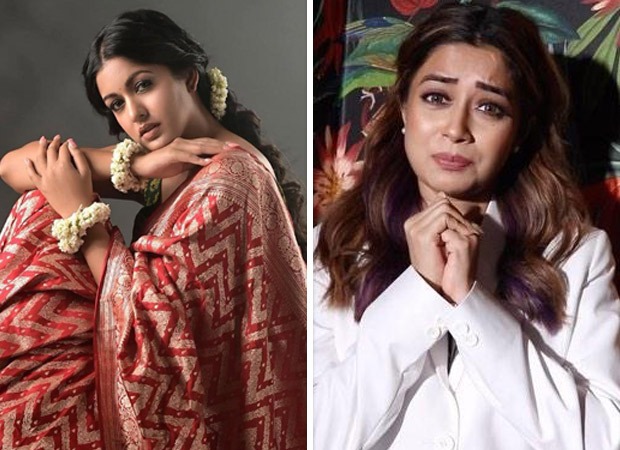 Bigg Boss 16: Drishyam actress Ishita Dutta comes out in support of Tina Datta after Sajid Khan takes a dig at her career; says, “The person who is saying this should look in the mirror”

Ishita Dutta, who was recently seen in Drishyam 2, said, “People have things to say and I am not talking about people from industry but from outside too. So what if someone has not worked for a couple of years. No matter how many times they say things have changed, people look down upon television actors. And it's extremely sad coming from a person who is part of the industry and knows how things work. Sometimes it's situational and sometimes it’s a personal choice. It’s extremely sad that people from the industry are making such remarks. Honestly, I have not been following this season so I don't know much about what is happening, but anyone who makes a statement like that, honestly, I don't have any words… I just think it’s shameful, very disrespectful and nobody should talk like this. And I mean the person who is saying this, sometimes you should look in the mirror.”

Talking about Tina, Ishita added, “I don't know Tina personally but I know for a fact that she does a lot of work. It’s because a certain person has not seen a particular show or whatever that she has done, you just can't make such remarks. She has done a lot of work! She is a very popular name and people know who she is. So I think she has really made a mark. And now she is in Bigg Boss, which is another addition to the things that she has done.”

Readers would be aware that Tina was known for her performance in the show Uttaran, for which she won massive stardom and accolades. She was last seen in &TV’s drama Daayan in 2019 before entering Bigg Boss this year. Bigg Boss 16 airs on Colors and is also available on Voot.

Also Read: Bigg Boss 16: Shalin Bhanot’s father slams Sumbul Touqeer’s dad for not talking about his health with his daughter