Fatima Sana Shaikh can definitely be counted among the list of Hollywood's most fashionable A-listers. The actress can pull off any look, from glitzy gowns to super-chic casual attire, with ease. One such fashionable performer is Fatima Sana Shaikh, who not only astounds her admirers with her incredible performance, but also keeps them interested with her stunning attire. Her enormous following adores and admires her exquisite appearance and fashion sense. Fatima is the queen of donning creative attire in her distinct fashion, which looks wonderful and serves as an inspiration to many. 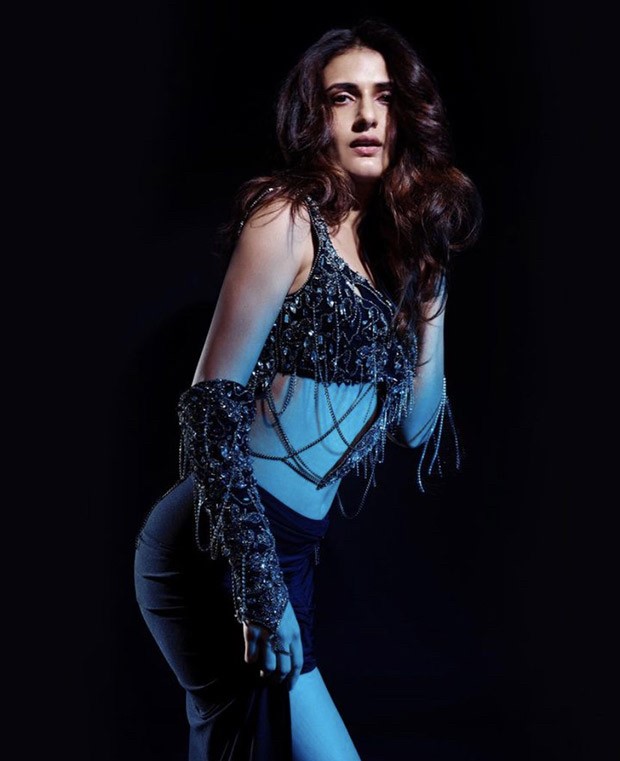 Fatima Sana Shaikh looks euphoric in this black sequin dress; we cannot take our eyes off her!

We can't get enough of the stunning photoshoots that Bollywood actress Fatima Sana Shaikh has repeatedly given her social media followers to on our feeds. Whatever Fatima Sana Shaikh wears, whether it is an expensive shimmering gown or an Indian traditional dress, we are enchanted. Her existence is ecstatic, yet we are captivated by her earthly beauty. Fatima Sana Shaikh posted a photo of herself on social media looking strong in a black outfit. Fatima chose a bodycon skirt with ruching and a v-shaped waist. The centre of the skirt includes a thigh-high slit, giving it a sensual edge. She matched her skirt with a black bralette that was embellished with silver chains and was studded with silver stones, giving the top a dazzling edge. She chose a pair of arm gloves that matched her top as an accessory. Fatima chose a set of dangling earrings to match with the dress and let her mane open in curls. The bare makeup on Fatima, the pink lip colour, and the glistening eyes wonderfully complement the stylish outfit. 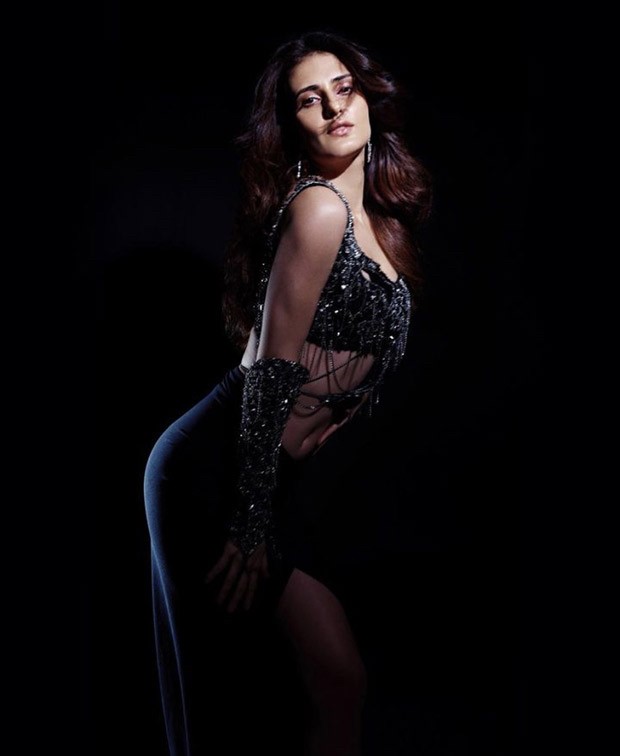 Recently, the actress celebrated National Epilepsy Awareness Month and taught people about epilepsy’s causes and symptoms on social media. Apart from that, Fatima Sana Shaikh has started shooting for Sam Bahadur. The actress was highly appreciated for her role in Modern Love. Her story of Raat Rani was well received across audience, and got rave reviews. Along with Sam Bahadur Fatima Sana Shaikh has an interesting line-up and she will also be seen in Dhak Dhak Directed and co-written by Tarun Dudeja, co-produced by Taapsee Pannu, Pranjal Khandhdiya and Ayush Maheshwari. 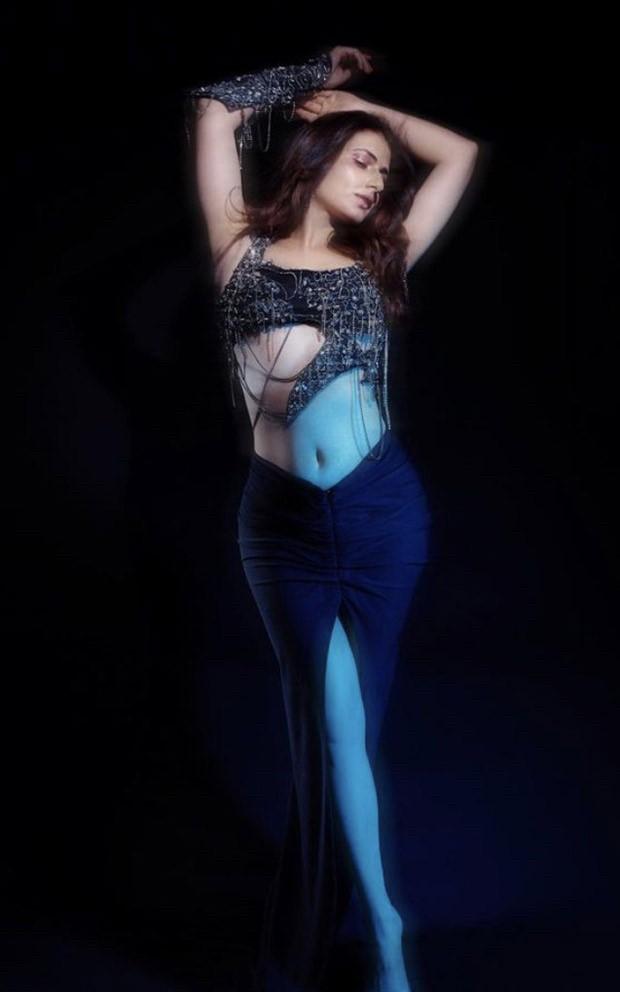