Spectacular dance performances, an ultimate winner, and lots of fun were not the only reasons Jhalak Dikhhla Jaa Season 10 grand finale grabbed everyone’s attention. Varun Dhawan indirectly confirming Bhediya co-star Kriti Sanon’s relationship with Prabhas became one of the highlights of the finale episode. However, Kriti dismissed all the speculations by sharing her official statement on her verified social media handle. Now, Varun has also spoken his mind on the same. 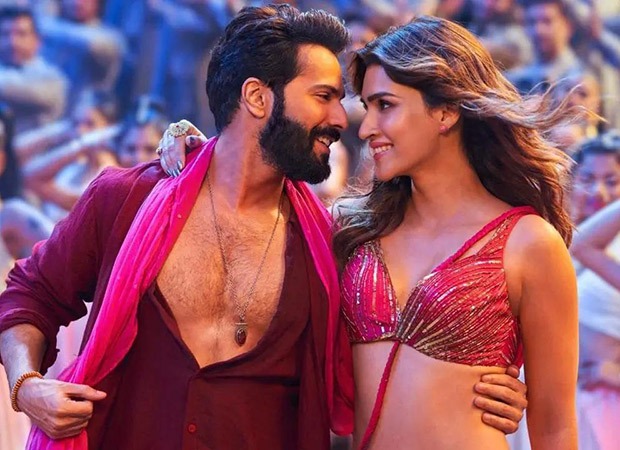 Varun Dhawan opens up about hinting at Kriti Sanon and Prabhas’ relationship; says channel “edited” the clip for fun

Talking about her statement, shared on the actress’s Instagram story handle, she wrote, “Its neither Pyaar, nor PR... our Bhediya just went a little too wide on a reality show. And his fun banter lead to some Howl-arious rumours. Before some portal announces my wedding date let me burst your bubble. The rumours are ABSOLUTELY baseless!”

While re-sharing her story on his IG handle, Varun added, “Guys UI had your fun but it's just fun and stuff the channels have edited to have fun we took it as humour don't let ur imagination run so wild.” 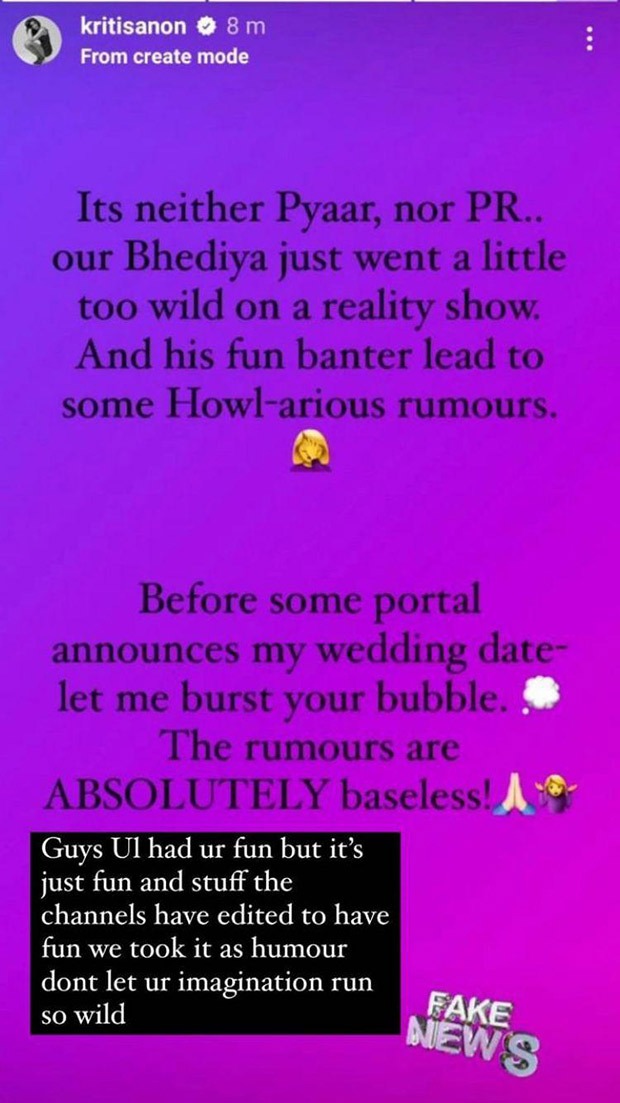 For the unversed, Varun had given the names of a few eligible single women from the Hindi film industry during banter with show’s judge and filmmaker Karan Johar. When Johar asked him why he did not mention Kriti’s name, Varun said, “Kriti ka naam isiliye nahi tha kyunki Kriti ka naam kisi ke dil me hai. Ek aadmi hai jo Mumbai me nahi hai, vo iss waqt shooting kar raha hai Deepika (Padukone) ke saath. (Kriti's name is not here because her name is in someone's heart. That man is not in Mumbai because right now he is shooting with Deepika).”

Soon after the episode was broadcasted on the weekend, many speculated that Varun was hinting towards Prabhas, as he is Kriti’s co-star in their upcoming film Adipurush as well as shooting for another project with Deepika Padukone.