Alia Bhatt and Ranbir Kapoor were shooting non stop for Ayan Mukerji’s Brahmastra in Mumbai and looks like their hardwork has paid off. The couple has finished the Mumbai schedule of the film and Alia shared a picture from the sets with her director friend. Boyfriend Ranbir is not in the picture but he is conspicuous by his absence. Alia captioned the pic as “& that’s a schedule wrap.” 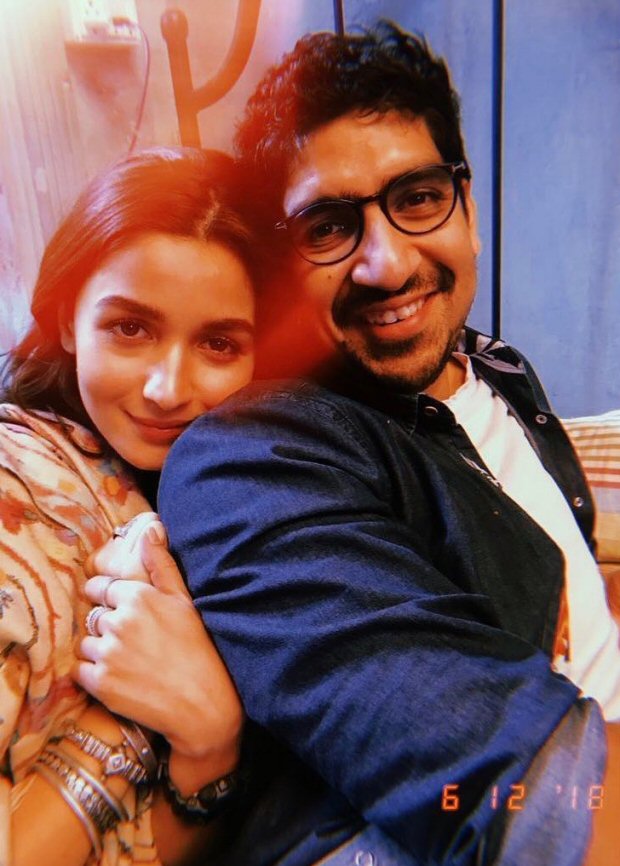 Alia Bhatt looks CUTE with Ayan and there is that unmistakable confidence on her face that she is happy with all the work that has been happening on her maiden project with her boyfriend. The two were shooting non stop for over few days now and have finished the schedule on time because Ranbir will dive into work on the sets of Yash Raj Films’ Shamshera with Sanjay Dutt. Dutt has already started shooting for the film and Ranbir will soon join him.

Alia and Ranbir did not attend Ranveer Singh and Deepika Padukone’s wedding despite being their friends because of their tight work schedules. Moreover, the couple is pretty pre-occupied these days because of Rishi Kapoor’s illness. Rishi is undergoing treatment in the USA and both make time to be with him.

All Ranbir and Alia are doing these days are shooting. Here is yet another picture leaked from sets where the two are engrossed in work.

Alia has Gully Boy, Kalank and Takht in her kitty apart from Brahmastra.