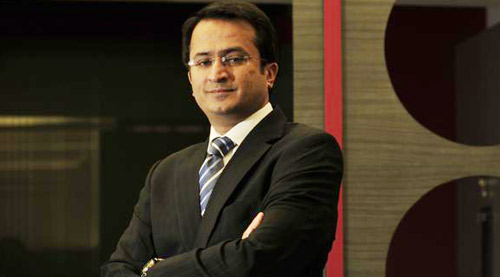 Airlift is set to release next Friday. The film is making news for all the right

reasons and with it being the most universal flick of the month, there are great expectations amongst the

audience as well. Last year, in the same weekend, Akshay Kumar's Baby had released and earned respect for

being one of the most appreciated films once 2015 ended. Now from Airlift, which is made by the same team (Akshay

Kumar, T-Series and Vikram Malhotra - with his newly formed company Abundantia Entertainment) along with Nikkhil

Advani and Raja Menon, one has good expectations all over again.

Vikram, a film from a newly formed production house has to be special as that is something which drives the

perception in the industry. How was Airlift picked as a chosen project for Abundantia?

Abundantia prides itself on being a content company with a difference. We are a hybrid between a production house

and a movie studio with the objective of bringing together the best of both worlds. At the upstream level we

look at ourselves as content incubation lab whereas downstream we have capability to produce, market and

distribute. It's wonderful that in the very first year of the existence of Abundantia, this unique story of

Airlfit was brought to us. Nikkhil Advani shared the idea of Airlift with me and I was floored by

the script. It was an instant yes!

What was the inception point for Airlift?

note. I read it and was zapped. Here it was - talking about this mighty deed of the Indian government which,

along with Air India and a few brave men, evacuated 1,70,000 people back to their motherland in safety. This

itni badi baat nahi pata thi. I Googled and found very few articles around this. This is when I asked Nikkhil and

Raja to make me hear the script.

I instantly felt that Airlift could be a film with a big heart. It had to be told in the right manner and

made to connect with a wider population. At first, I had an informal chat with Akshay (Kumar) and bounced the

plays in Airlift) than Akshay. His reaction was very similar reaction to mine. He heard the script with

Nikkhil and Raja and was completely bowled over. Despite his busy schedule, he came on board instantly and worked

tremendously hard on the script along with the team. I have had the good opportunity to work with Akshay on some

exciting films like Baby, OMG - Oh My God! and Special 26 but the way he extended himself on the

script of Airlift and involved himself so much on the pre-production was truly something else.

For the film, you chose Raja Menon as the director. Was it a straight forward decision since he came with the

We didn't choose Raja Menon as the director. Raja and the film chose us! Raja had written the story and brought

the script to Nikhil's company and Nikkhil has stood by Raja all through. He made sure that the film gets made as

per Raja's creative vision and also match the story's ability to reach out to the audience. With Airlift,

we are getting a very talented director to the Indian movie industry.

As a producer though, was the film a huge logistical challenge, considering its shooting in many locations,

especially outdoors of the Middle East?

Hats off to Raja and team that has gone around putting this together. I would go to the sets and my breath would

be taken away by what this team was managing to achieve. Nikkhil has gone all out to support the team in making

Airlift a grand story with a great humane element to it. A story that every Indian, actually ever human

being, will be proud of

Meanwhile, Airlift is also the first movie of 2016 with a superstar (Akshay Kumar) in there. You must

be happy with the way he is pitching the film and audience is looking forward to his arrival on the big screen?

Akshay is phenomenal. We talk about actors and films aiming for 200-300 crores and here is this man who on an

average goes well beyond 300 crores every year with multiple releases on a consistent basis. He does three to

four films a year and yet pulls in a wide mass of audience every three odd months. His fan franchise never shows

And the variety helps?

Exactly. I am speaking out of personal experience of working with him. While he already has the men eating out of

his hand with his action and comedy repertoire, when he played Lord Krishna in OMG - Oh My God!, he opened

up a new sort of following amongst women and children. With Special 26 and Baby, he reinvented his

image amongst youth and the urban audience. Then he went ahead and balanced it with out and out entertainers like

Gabbar Is Back and Singh Is Bliing. What he has done over the years is now paying off with where he

is right now. This balance should hopefully get a further boost with Airlift.