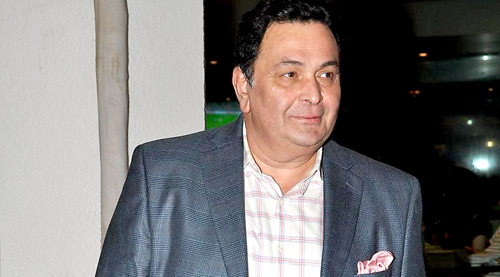 Rishi Kapoor is never afraid to call a spade a spade. He has very strong reactions to comic actor Kiku Sharda's arrest for imitating a god-man on the show Comedy Nights With Kapil.


Speaking with intuitive intrepidity Rishi says, "I think it is ridiculous and outrageous to bloody arrest a comic actor for doing a funny act. However I haven't seen the offensive footage. And if Kiku has hurt anyone's religious sentiments then he should apologize, which he has done. Baat wahin pe khatam."


Rishi reiterates it's wrong to raise laughter at the cost of good taste. "If anyone does a takeoff on a religious figure then that's offensive. You can't ridicule religious sentiments."


However he wonders what all the fuss about hurt sentiments is worth when the religious leader in question himself dresses and behaves so flamboyantly.


Wonders Rishi, "The gentleman himself behaves like a self-styled rock star, dressed in flamboyant clothes and hats. He is obviously dressing and behaving the way he does to attract attention. Then why be offended when you get attention? I met the gentleman at the Marriott Mumbai. He was at the restaurant at the same time as me, and he was gracious enough to invite me to his table for coffee. He was there with a legion of bodyguards and devotees. And he travels in a jazzy SUV convertible. If being noticed is your USP, and you try to attract attention in the way you dress, or by making the movies that you do that are watched by your devotees, obviously you will attract attention when you move around so flamboyantly. And then when someone takes off on you why do you get offended?"


Rishi is sympathetic towards Kiku. "Poor chap. He sources his satire from real life. And if he notices the flamboyant ways of certain sections why punish him for it? Tum karte aisa kyon ho? Why do you dress and behave the way you do? If tomorrow I play a rock star in a movie I may dress up the same way. Let me see how they arrest me. I'll sue the government if they touch me for dressing or behaving how I want. If you don't want to be made fun of, don't act and dress funny."


Rishi is dismayed by the lack of support for Kiku. "Where is the support for Kiku from the entertainment industry? I think am the only Bollywood actor who comes out to support people in trouble. Others use Twitter only to wish each other on film releases, festivals and birthdays. Why don't they have the balls to address problems that happen all around us? I can be wrong in my observations. But I speak my mind. I am not afraid to accept my mistakes gracefully. When I say Radhe Ma is taking people for a ride I stand by my statement. Because it's the truth. God knows what happened to Radhe Ma."


Concluding his characteristically honest comments Rishi says, "I only have one reservation about Kiku's situation. If he has hurt anyone's sentiments he is bound to be generate some amount of outrage. But the optimum punishment should be an apology. He said sorry. Ab aage bhado. In a democracy how can you put him in jail?"