Aditya Roy Kapur and Mohit Suri have worked in Aashiqui 2 together and now the duo is collaborating yet again for a revenge thriller titled, Malang. The movie also stars Disha Patani, Anil Kapoor and Kunal Khemmu in pivotal roles. Aditya Roy Kapur has always looked up to Mohit Suri as a mentor and in his recent Instagram post, he thanked the director for giving him everything. Aashiqui 2 was a great hit and Aditya Roy Kapur’s performance garnered him a lot of appreciation and love form the audiences and critics alike. The star cast has commenced the shooting schedule in Goa a few days ago. Before they began shooting, they performed a small puja on the sets to get the Almighty’s blessings for their project. Aditya took to his Instagram to post a picture with the director and the duo is seen praying. He even uploaded an Instagram story of the clapboard. Malang has created quite a buzz with just its announcement around the internet. It is going to be very exciting to see Disha Patani and Aditya Roy Kapur paired opposite each other for the first time. Also, let’s not forget how young Anil Kapoor looks! While the plot of this revenge thriller is based out in Goa, only the aerial shots are going to be shot in the tourist state while the rest of the scenes will be shot in Mauritius. The landscapes of both these locations are strikingly similar and Mauritius is a lot less crowded during this time of the year. Take a look at the picture and his Instagram story.

On a new journey with the man that changed it all for me. 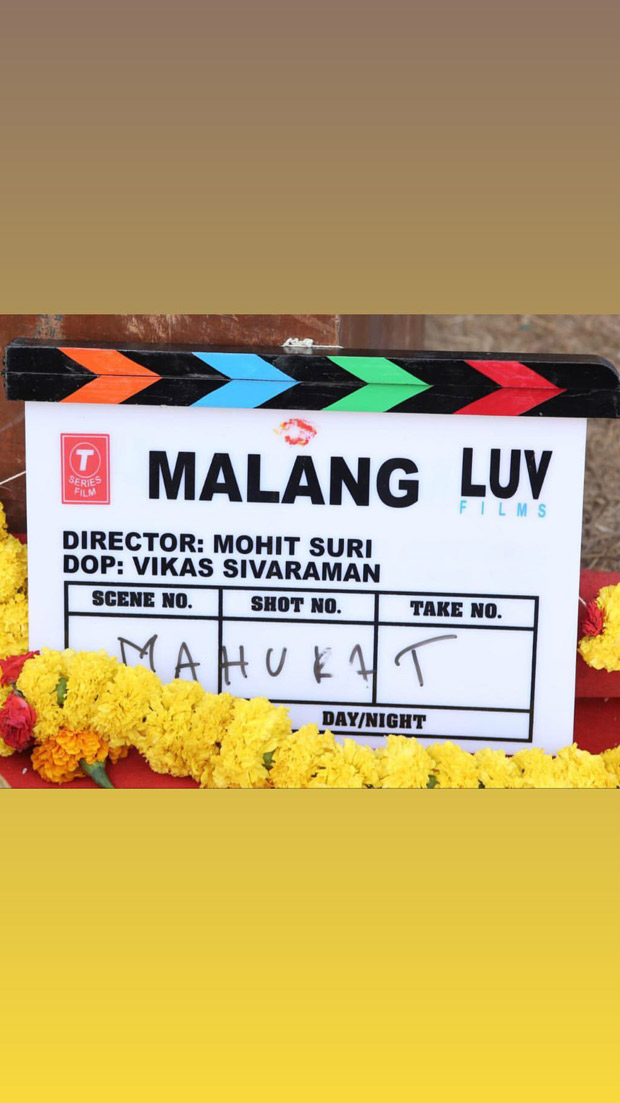 Apart from Malang, Aditya Roy Kapur will soon be seen as Dev in Karan Johar’s period drama, Kalank. The movie is based around the pre-independence era of India and just with the teaser launch; the makers have managed to break records on YouTube for being the most streamed Bollywood movie teaser with over 26 million views. Kalank is slated to release on April 17, 2019 and Malang will release on February 14, 2020.

“Respect to all the farmers” – says Salman…