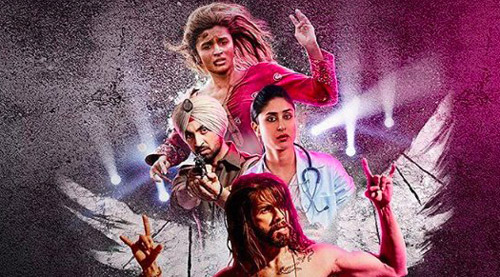 Over the past week, we have seen a lot being said about the film UDTA PUNJAB. From its tryst with the CBFC to the various pleas being filed to stay the release of the film, the makers of UDTA PUNJAB finally breathe a sigh of relief as the film hit screens today.

Despite UDTA PUNJAB getting leaked online days before its release, reports suggest that the film that released across 2000+ screens has opened on a good note with occupancy rates during morning shows being pegged at a stead 45%. In the Northern territories, UDTA PUNJAB has found its target audience with reports stating that the film seems to be enjoying almost houseful business during morning shows. Simultaneously, the Hollywood release FINDING DORY that released across 600+ screens in English and Hindi is doing well in metros.

On the whole, business of the previous release HOUSEFULL 3 that recently entered the Rs. 100 crore club is slowing down, UDTA PUNJAB that garnered immense publicity in the week prior to its release is expected to grow over evening and night shows depending on the word of mouth. While FINDING DORY that caters mainly to the kids is expected to fare well over the weekend with kids and parents patronizing the film.