Sara Ali Khan and Sushant Singh Rajput starrer Kedarnath released today across India except Uttarakhand where it is currently banned. The Abhishek Kapoor directorial has come out at the time when Akshay Kumar – Rajinikanth starrer 2.0 is still going strong at the box office. It is imperative that Kedarnath will face competition from 2.0. The buzz surrounding the movie has been decent but not extraordinary, so the expectations from the Sushant-Sara film are average. The reviews for the film are mixed too. 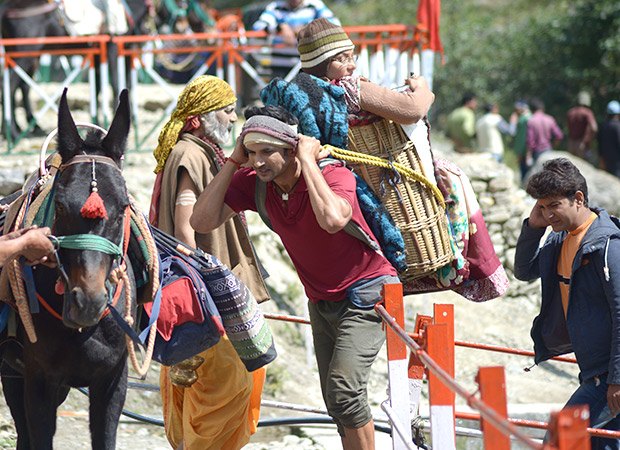 As of now, the average occupancy garnered by the morning shows of the movie are a little above 15 percent. Moreover, the movie has not released in Uttarakhand but it is touted that the situation will normalise by evening, most probably. The word of mouth so far for this love story is okay but there have been a few negative reviews too, so it is difficult to predict if the film will successfully pick up over the weekend.

With 2.0 still running in theatres, the opening day prediction for Kedarnath point towards Rs. 4-5 crores mark while the opening weekend will be in the range of Rs. 15 - 20 crores. The film will have a run at the box office till Shah Rukh Khan’s Zero releases on December 21. Till then stay tuned to find out how the film fares.