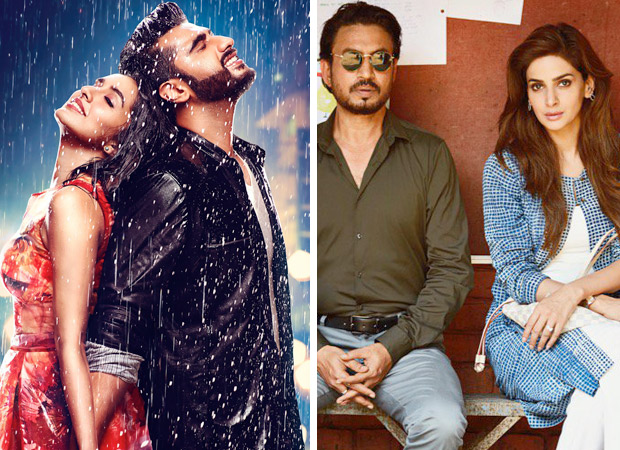 After last week’s nonstarters at the box office, SARKAR 3 and MERI PYAARI BINDU, this week heralds the release of the much talked about Mohit Suri directorial HALF GIRLFRIEND and the Irrfan Khan starrer HINDI MEDIUM. But will the newer releases manage to entice the audience to venture into theatres, or will they like the previous ones succumb to the giant BAAHUBALI 2 – THE CONCLUSION that despite hitting screens weeks ago still continues to dominate is the question.

Reports suggest that HALF GIRLFRIEND that stars Arjun Kapoor and Shraddha Kapoor in the lead roles and is based on the Chetan Bhagat novel by the same name has opened on an average note. In fact the film has recorded 15- 20% occupancy rate during morning shows. On the other hand HINDI MEDIUM that features Irrfan Khan and Pakistani artist Saba Qamar has opened on a sluggish note with occupancy rates being pegged at 5%. However, while HINDI MEDIUM that has released across 1126 screens has received positive reviews from the audience, HALF GIRLFRIEND that features a wider release across 2500 screens has received rather negative reviews across the board.

On the whole, HALF GIRLFRIEND that enjoys a wider release is expected to lead the race over the weekend emerging as the leader, while HINDI MEDIUM is expected to grow as time progresses. However, both the films will have to rely heavily on strong word of mouth to post decent cumulative box office figures.