After a historic start of Rs. 32.67 crore on Day 1, Spider Man: No Way Home has continued with its winning streak as the film held like a rock on the second day (Day 2) by collecting in the range of approx. Rs. 23 to 25 crore. The two-day total of Spider Man: No Way Home now stands in the range of Rs. 55 to 57 crore, and this is nothing but a simply fantastic result. 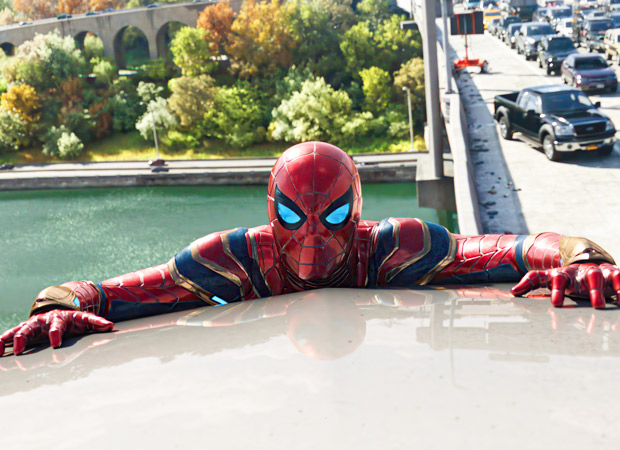 The movie is now headed to clock an extended weekend of Rs. 110 crore plus and go closer to the Rs. 150 crore mark by the end of first week. There is a drop of around 30% on the second day, but this was expected given that it’s coming off a record breaking day one. The collections in Andhra Pradesh, Telangana and other Southern states have been impacted a little more due to the Pushpa wave. The film should show a daily growth of 10% again on Saturday and Sunday, with the combined figures expected in the range of Rs. 55 to 60 crore.

The movie is faring well all across the country - with South leading from the front. Maharashtra has recorded extraordinary occupancy, and it's this territory which is impacted majorly due to 50% occupancy cap as there is major shortage of tickets as compared to the demand. The film has lost at least Rs. 5 crores in the two day run in Maharashtra.

Sooryavanshi aside, the figures of other Hindi releases are sheer disappointing as Spider Man will cross the lifetime figures of each and every Hindi film of 2021 by 12 noon on Saturday. This film would end up being the second true blue success in the Hindi circuits after Sooryavanshi, as all other films have failed to leave any sort of mark at the ticket windows.

Spider Man also has the chance to enter the Rs. 200 crore club to become the first Rs. 200 crore earner of India since the release of Tanhaji: The Unsung Warrior in 2020.