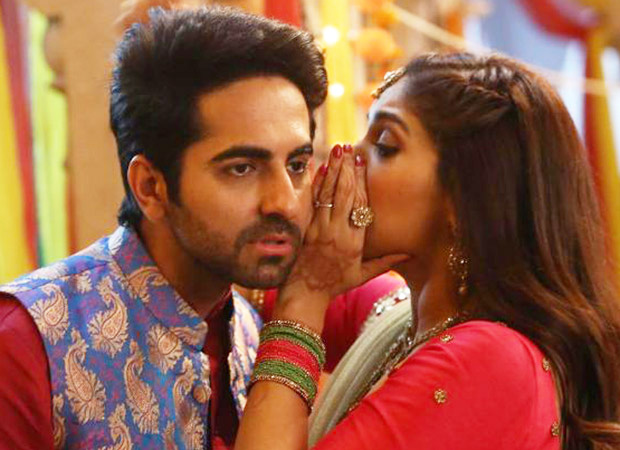 Shubh Mangal Savdhan has emerged as a neat success in a matter of just one week. It has managed to collect Rs. 24.03 crore and even if that would have been the lifetime total of this Aanand L. Rai and Krishika Lulla produced film, not many would have minded that since it would have got it into the safe zone.

However, the film is much more than just safe as it is now bringing in good profits from theaters as well. While this mid-budget film had recovered most of its cost from satellite and digital avenues, the fact that there are footfalls in theaters as well means there is good acceptance amongst the target audience.

The film is in fact in the vicinity of the lifetime numbers of OK Jaanu [Rs. 23.60 crore] in one week flat and would go past Raabta lifetime [Rs. 25.67 crore] within a couple of days at maximum. Soon enough it would cross Ayushmann Khurranna's other film in the running, Bareilly Ki Barfi, which is aiming at a Rs. 33-34 crore lifetime. What has to be seen though is whether it crosses the lifetime of Mom [Rs. 37.25 crore] and Naam Shabana [Rs. 37.25 crore] as that would bring it into the Top-15 grossers of 2017 so far.

Now that would be a remarkable feat indeed!