Ok, so expectations were for a lot more in the week gone by but all said and done, for the exhibition sector there was something to cheer about as close to Rs. 90 crores still came in. Earlier it was the Hindi cessions of the south films like RRR and KGF: Chapter 2 that kept the footfalls coming and now it’s the new release Samrat Prithviraj, continued excellent run of Bhool Bhulaiyaa 2 and exciting south releases Major and Vikram that chipped in as well. 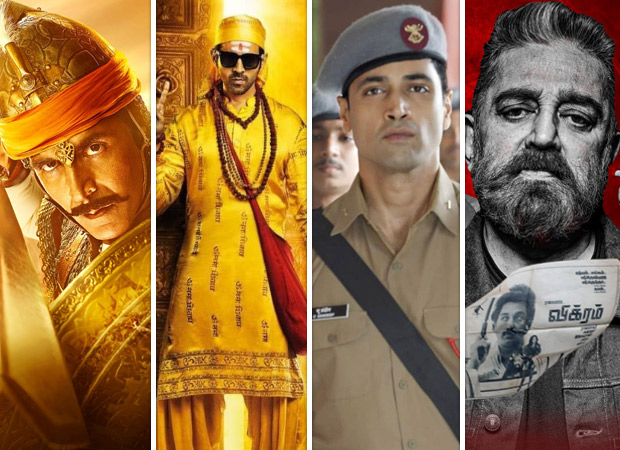 Samrat Prithviraj brought the maximum moolah with Rs. 55.05 crores been collected. Yes, at least a double of that was on the cards when the film was announced since the kind of credentials that it boasts of, anything less than Rs. 100 crores is not optimal. Now had this been a release pre-pandemic when audiences had not been exposed to larger than life cinema that is now in the vogue courtesy south, the outcome would have been a lot different. No, this one isn’t a Rs. 200 Crore Club film in the offering but a century score was on the cards. Unfortunately, though, that won’t be the case.

Meanwhile, Bhool Bhulaiyaa 2 continued its wonderful run going by picking in close to 21.40 crores more. For a third week score, especially with all the competition around, this is actually quite good. The Kartik Aaryan starrer has now reached Rs. 163.15 crores. and while that’s pretty impressive as it is, a lot more is still to come. As for the Hindi version of other south releases Major and Vikram, they brought in around Rs. 10 crores with Adivi Sesh starrer contributing a major part of Rs. 7.75 crores* and Kamal Haasan led action drama finding some footfalls too at Rs. 2.25 crores*. Both these films have good appreciation so there should be some sort of traction in the coming week too.