As is always the case around the arrival of a biggie, there were no major films that were scheduled to release this Friday. Since Thugs of Hindostan was this big Diwali release, majority of makers shied away from bringing their films a week later. Hence, it paved the way for delayed films like Mohalla Assi, Pihu and Hotel Milan. 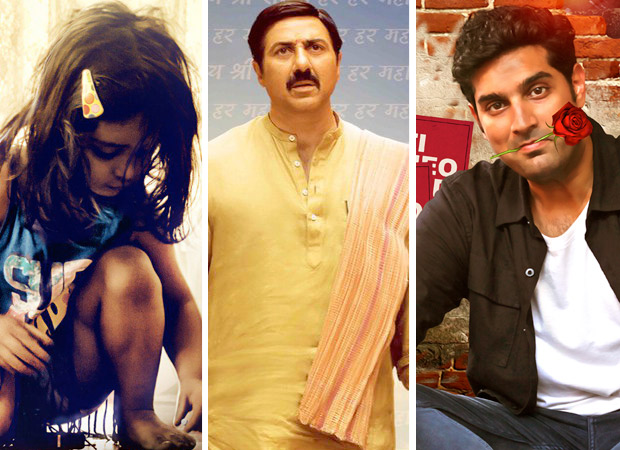 None of these films need 1000 screens or so for release and would be seeing a very selective arrival. It is a different matter thought that the debacle of Thugs of Hindostan has resulted in majority of 5000 odd screens available to be captured, and now there is no major film to occupy these slots. In fact Badhaai Ho and Baazaar could well see further increase in screen count this week and former may even turn out to be the highest collecting film over the weekend.

Coming to the three new releases, Mohalla Assi has been ready for quite some time and even came close to hitting the theatres 2-3 times earlier as well. Though Sunny Deol is being seen in a new avtar, the promo has just not been impressive. In fact even the concept of the film is not clear and the dated look is visible all over the place. The foul language hasn't helped the cause further and that further restricts its audience. One waits to see if the first day numbers manage to come close to even Rs. 1 crore mark.

Pihu is the most interesting of the lot and is finally seeing a release after Ronnie Screwvala and Siddharth Roy Kapur came on board. Promo of this Vinod Kapri directed film did fetch attention though surprisingly post its unveiling there wasn't much noise made. Perhaps it was due to media space being invaded by Thugs of Hindostan for the last few weeks, and hence now it would all boil down to the eventual content and word of mouth. An urban up-market multiplex affair, Pihu would basically entice class audience and first day may be around Rs. 50 lakhs.

On the other hand Hotel Milan was supposed to be released around two months back but then suddenly went off the radar. Interestingly, the film's main lead is Kunaal Roy Kapur, who is brother of Siddharth Roy Kapur (Pihu producer). The film's promo was bad, songs were not better either and now that it is releasing, there is no curiosity whatsoever. This one may struggle to hit even Rs. 25 lakhs mark.