Three distinct releases arrive this Friday - Fanney Khan, Mulk and Karwaan. Out of these, the first two were finding themselves in the middle of controversies and it had seemed that their release may be stalled. However as it happens in most of the cases, all gets sorted in the end and this is what’s happening, what with the release happening as per schedule. 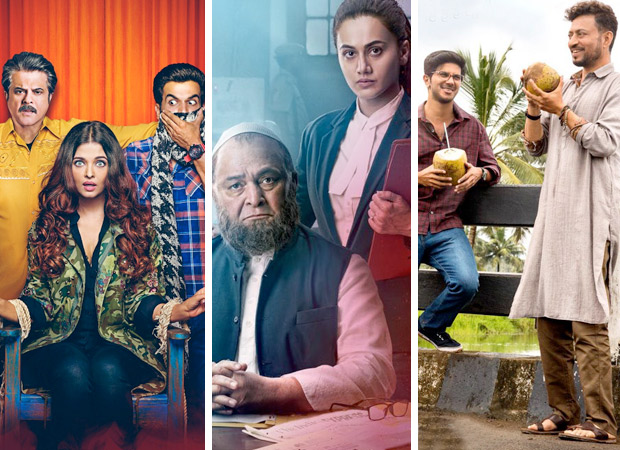 Each of these films would depend on word of mouth to move forward over the weekend. Fanney Khan is the biggest of them all with Anil Kapoor and Aishwarya Rai Bachchan as the star attractions. The film’s concept is interesting, though it has to be seen how does the film unfold in its narrative. There is awareness for sure though from the buzz perspective it would be Friday night shows that would show a clearer picture. The film may open around the Rs. 3 crore mark.

Mulk has been making some noise for the last few days especially with director Anubhav Sinha along with his actors Rishi Kapoor and Taapsee Pannu painting the town red by talking about the film. It’s the core theme of the film which is the USP and since it deals with a serious subject, the target audience would be primarily those who are looking at a different kind of entertainment. The film’s promo looks good and the dialogues are acidic, which means if audiences warm up to the theme, weekend could see a major jump. For now, the film is looking at an opening of around Rs. 2 crore.

Karwaan is a relatively light-hearted film though with Irrfan Khan leading the show. Unfortunately, he is unable to promote the film due to health issues and hence the awareness is a bit low. A hard-core multiplex film which is catering to the class segment of audiences, it would be an acid test for director Akarsh Khurana who recently made his debut with High Jack. This one appears to be a much more polished product and could surprise audience with its content. Again, the opening day could be around the Rs. 2 crore mark.