With audience word of mouth going in the film's favour and critical acclaim too being strong, it was always on the cards that Happy Phirr Bhag Jayegi would do much better on Saturday when compared to the Friday numbers of Rs. 2.70 crore. This is what happened as the Mudassar Aziz directed film went on to garner Rs.4.03 crore at the Box Offce. 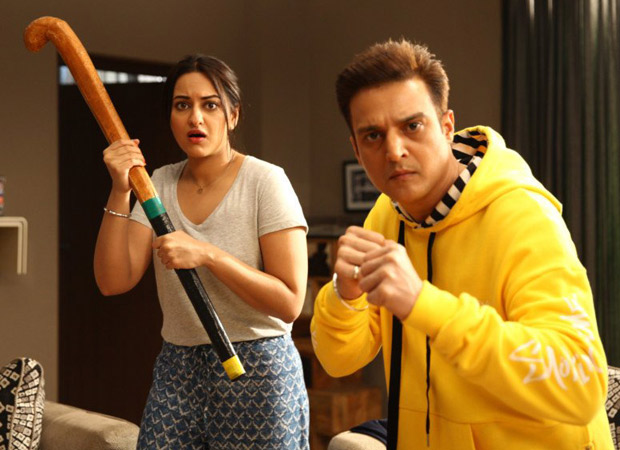 This has taken the film's overall collections to Rs. 6.73 crore. The trending so far is good and while it is now a given that the weekend total would be over the Rs.11 crore mark, one waits to see if a bigger number would be possible.

The Sonakshi Sinha, Jimmy Sheirgill and Jassi Gill starrer is doing well at the multiplexes and this is where the target audience lies. That said, there are quite a few other films in the running too as a result of which Happy Phirr Bhag Jayegi is not really getting a free run. With Gold and Satyameva Jayate as competition from Bollywood and a couple of Punjabi films playing in theaters as well, the producers: Krishika Lulla and Aanand L. Rai has to make the most of the word of mouth being in its favour.

While further growth is expected today, it would all boil down to how collections hold up from Monday onwards.