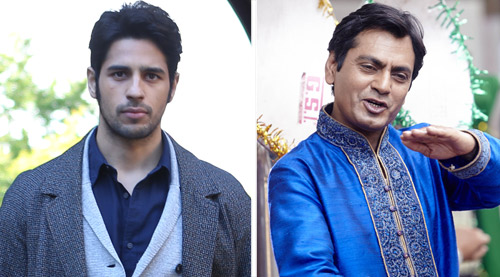 Baar Baar Dekho has flopped badly at the box office. The film couldn't start well, fell over the weekend and then just couldn't rise during the weekdays. The result was a number as low as Rs. 29.40 crore which should actually have been its weekend collections. The Nitya Mehra film has been rejected in a big way and while a segment of audience was not interested to watch the film to begin with itself, rest decided to stay away from it after the (negative) word of mouth started spreading.

The film is the first major flop for Sidharth Malhotra. Though Brothers hadn't done well either (due to high cost of production and heavy price tag), it still did a business of over Rs, 80 crore. However, Baar Baar Dekho won't even touch Rs. 35 crore and that is indeed hurting. On the other hand Katrina Kaif would next be seen in Jagga Jasoos and that film is more than six months away.

Freaky Ali had a low first week as well. The film brought in just Rs. 13.5 crore* which means the film will now just about manage to cross Rs. 15 crore in its lifetime. Yes, for Nawazuddin Siddiqui the film is still his biggest solo earner since Manjhi - The Mountain Man had done 14 crore lifetime. However, Freaky Ali has bigger production values and has involvement of all three Khan brothers. That would have warranted the film to at least go past the 20 crore mark, something that won't be the case now.

Overall, it has been a disappointing week for Bollywood since not even Rs. 50 crore came in from the entire Week One, which means average occupancy in theatres was less than 15% right through.

Audiences wait for 'achche din' continues, and how!