Even though its screen count has been severely reduced, the dream run of Badla hasn't been impacted at the Box Office. Yes, Kesari has turned out to be a formidable competition and was collecting huge right through the weekend. Still, the Amitabh Bachchan and Taapsee Pannu starrer hasn't been slowed down in its run. 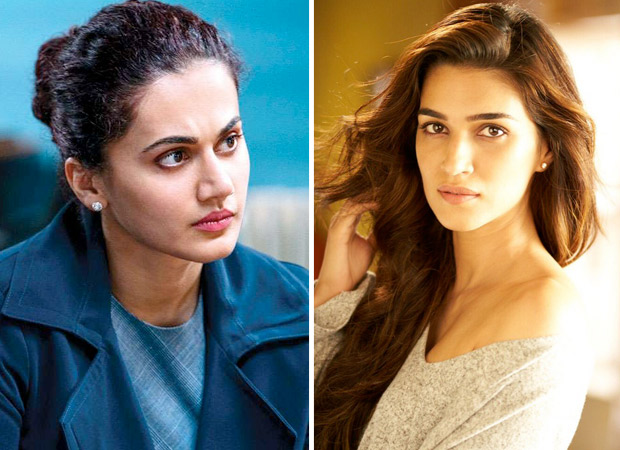 It brought in good numbers right through its third weekend and as a result the overall collections have come close to the Rs. 75 crore mark. Currently standing at Rs. 74.79 crore, the Sujoy Ghosh directed film should come close to the Rs. 80 crore before the week is through. Andhadhun lifetime of Rs. 75.60 crore will be crossed today and soon enough Drishyam [Rs. 77 crore] would be history as well. Both these films were in the same genre as Badla though Andhadhun did have humour as a major part of the narrative while Drishyam had certain 'masala' trappings to it. On the other hand Badla was a rather serious take on affairs.

Meanwhile, Luka Chuppi is scoring a bit as well this week and should further hang on for a week more before it premieres on the digital medium. It collected decent moolah too in the fourth weekend and with that the overall total stands at Rs. 89.27 crore. The film has seen its screen count reduce drastically though it may retain a few next week even after the arrival of Junglee and Notebook.

While the film is a Superhit already, it should find itself in the range of Rs. 93-95 crore in its lifetime eventually. Kartik Aaryan and Kriti Sanon's Sonu Ke Titu Ki Sweety as well as Bareilly Ki Barfi have done quite well on the digital medium and now Luka Chuppi is expected to be a good success there as well.