When the Kamal Haasan starrer Vikram was announced a couple of years ago, there was an instant connection that was made to the namesake spy thriller that released in 1986. But the recently released trailer of Vikram showcases that the 2022 film will be nothing like the action thriller that hit the big screens in the 80s. 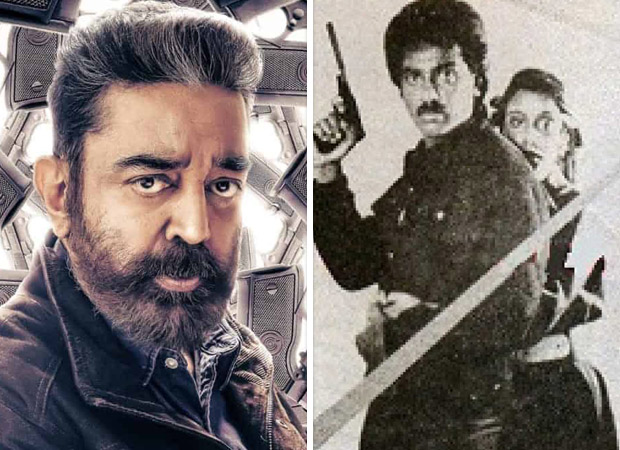 Vikram Trailer is dark, gritty and completely different from its 1986 namesake film

Kamal Haasan is as different as ever - Even though Kamal Haasan plays a spy in the earlier film, the film had many interesting but also comic elements. But the new Vikram is completely different than that. One of Kamal’s most amazing qualities is to blend in. His bloodshot eyes showcases the nature of his character – as someone who could go to any lengths to win a game.

Romance – While Kamal Haasan romanced three actresses in the 1986 spy drama namely Ambika, Lizi and Dimple Kapadia, the new Vikram hardly has any romance sequences. In fact, the trailer clearly shows that the film will be a triangular war between Kamal and his co-actors Vijay Sethupathi and Fahadh Faasil.

Action – Needless to the 1986 film did have immense of fight sequences but nothing compared to how gritty and violent the 2022 film is expected to be. If the trailer is anything to go by, the action of Vikram will not only be power-packed but it will also be filled with gore and bloodshed. Are you ready to stomach it all?

Even though the name resonates with the 1986 film, this Vikram has a completely different plotline, characters and backdrop. It promises to be a feast for action lovers and showcases much more depth in the character. With grey characters, intense music and emotions, Vikram directed by Lokesh Kanagaraj, promises to be a high octane action thriller with guns and gangsters made for different audiences compared to the 1986 film.