Last Updated 03.07.2022 | 2:50 PM IST
feedback language
follow us on
Bollywood Hungama » News » South Cinema » “Every language has its own beauty and cultural backing”, says Yash about after the success of KGF Chapter 2

Rising overnight as a massive success, KGF came as a surprise blockbuster to many. KGF Chapter 1, a Kannada film, became a pan India one when it hit the theatres as viewers started raving about the film across the country. The much awaited sequel, KGF Chapter 2 remains to be one of the few films which continue its successful run in multiplexes even in its fifth week. In an exclusive interview with The Week, the leading man ‘Rocky’ aka Yash spoke about the impact of the film on Kannada and Indian film industry. 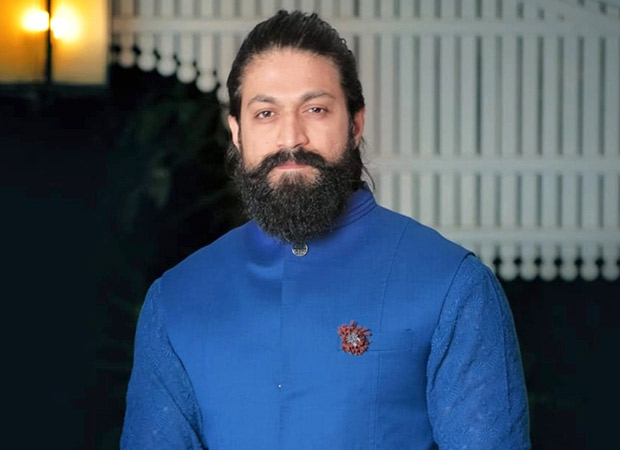 “Every language has its own beauty and cultural backing”, says Yash about after the success of KGF Chapter 2

His character of Rocky resonated with everybody but is Yash like that in real life. Talking about it to the magazine, Yash maintained that there is a Rocky in each one of us. “I realised that more than external things, what is important is what you believe in and what you want to achieve. When we break that disappointment and do something great, the whole world will respect you—that is what Rocky is all about. I am sure Rocky is in me and I think he is in you also,” he said.

Further he also spoke about the impact of KGF Chapter 1 and 2 and whether it had an impact on him as a person. Reminiscing about the times when he started working with director Prashanth Neel for KGF saying, “It has been eight years since Prashanth and I started working on it. It was about exploring that world and that character. He used to give me a lot of freedom to express my views. All of us built it from scratch. More than the character, it is about the people I worked with. Prashanth has been a great director to work with. There is no ego. I am from a theatre background. We used to do backstage work— ironing, sweeping the floor—and then go and act. Our ultimate goal used to be to entertain the audience. We had a similar team where everyone was doing everything for the sole purpose of entertaining the audience. Whatever I wanted to do, KGF gave me that confidence and I grew with the right kind of people.”

Yash also revealed that the crew of KGF also came from extremely humble backgrounds with no one having any sort of prior connections with the film industry. He said, “I think skilled labour and craftsmanship will have an impact. The team excelled in terms of sound and visual quality. None of us got trained from niche, polished or great institutions. Most of us are self-made. My cameraman worked in a watch showroom and then became a still photographer. My music director was a sculptor who used to sing in temples. My director has never assisted anybody. My producer comes from a small village. I would like people to believe that when there is the right team and the right concept, anybody can do anything and create a world-class product.”

Another interesting titbit that the actor revealed was about dubbing. For KGF Chapter 2 which was extensively a Pan India film with Sanjay Dutt and Raveena Tandon as antagonists, they had to form a connection with audiences across the country. So instead of merely dubbing, they hired writers from different industry to stay authentic to the market. Adding about it, Yash added, “We hire proper writers from each language, sit with them and try to get the best of what we can get from them. Every language has its own beauty and cultural backing—we need to keep those intact. In the Kannada version of KGF, we described something as a piranha, but in the Hindi version, we described it as a geedhad ka jhund [pack of jackals]. We presented it in a way that is very authentic to the market. We applied a little Marathi texture to it because it is set in Bombay. So, dubbing takes a lot of effort.”

Speaking about the difference for single-screens and multiplexes, he added, “My new movie was released in that multiplex as well as in the single-screen theatres. It did phenomenally well in both places. I went to the multiplex and saw a unique audience. These were people who might not be comfortable in the single-screen theatres and would want a different experience.” He went on to add, “The audience we tap in this country is very small. I think we have huge potential, and we should not be thinking in terms of whether a movie is the biggest hit of the decade or how we can break the record. We should ask how many people have watched the film and how many more want to watch it? Why are they not watching it in the theatre? Is there an infrastructure issue? I feel there is an infrastructure issue. If we have more screens, different kinds of audiences will come. It is also about experience and affordability. Everybody needs entertainment and Indians have that capacity for storytelling. If the government can build some systems where you can support writers and musicians and pay them well, then the industry can grow.”