The little munchkin of the Khan household, AbRam, recently turned six this year. Not surprisingly the kid had a dream bash planned for his special birthday. Whether it is Shah Rukh Khan, Gauri Khan, Aryan Khan or Suhana Khan, all of them are seen pampering the little one on more than one occasion. And this time around too, AbRam had a grand birthday party planned which was completely Marvel-themed. 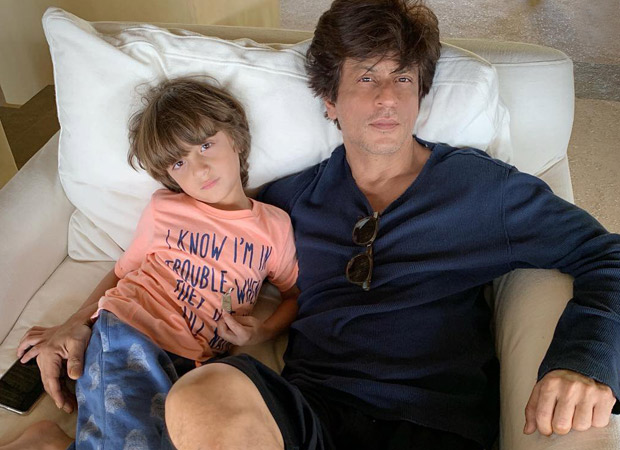 The year, which saw one of the biggest Marvel releases by far with Avengers: Endgame, has been very crucial for Avengers fans. And now we hear that Shah Rukh Khan’s six year old too is a fan of the film series. Hence, keeping mind his likes and dislikes, this bash was planned with interesting details. From caricatures of superheroes like Thor, Captain America and Spiderman, the bash also had a special studio, slime making and many interesting games for the guest-kids. Pictures from the bash started doing the rounds on social media as fanclubs gave many sneak-peeks into the birthday party that was designed by The Popcorn Company:

Have a look at the cake from Abram's birthday party. The superpowers of his favourite superheroes are the icing on the cake ???? pic.twitter.com/QMom0816br

Its fun time! Get along with the shield and hammer, the little superheroes are here to enjoy at Abram's birthday party ???? pic.twitter.com/he4RZvUgjL

While it is being said that the bash was held in Taj Lands End, suburban Mumbai, we hear that the guestlist was quite star-studded. Not surprisingly, it included some of AbRam Khan’s playdate mates like Taimur Ali Khan, Aaradhya Bachchan, Karan Johar’s twins Yash and Roohi amongst others.

Also Read: Ananya Panday teaches a funny trick to AbRam and the Internet can’t get over their goofiness