The Indian Premier League season began on Sunday in which Kolkata Knight Riders faced off Sunrisers Hyderabad. The actors Shah Rukh Khan and Juhi Chawla, co-owners of KKR, attended the opening day of IPL 2019 to support their team. The fans were cheering for both the teams. SRK made a brief appearance on the big screen as fans were delighted to see him at the Eden Gardens, Kolkata.  After the match, SRK met his super fan and was delighted to see the boy's enthusiasm. 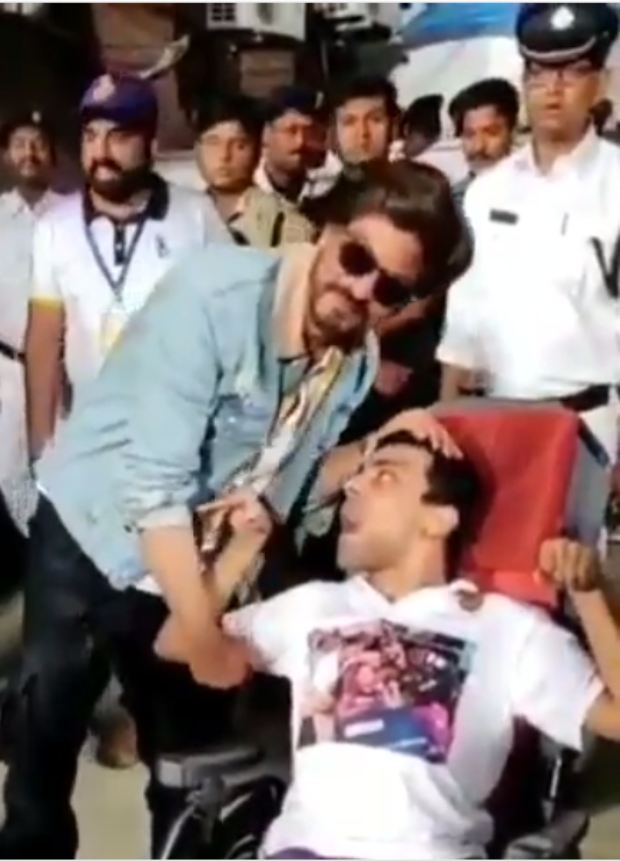 Shah Rukh Khan met a differently abled fan Harshul Goenka and gave him a sweet kiss on his forehead. In the video, the fan is heard saying 'I love you' multiple times as SRK gave him a hug and kiss. The superstar's sweet gesture was loved by the fans.