Shah Rukh Khan and Juhi Chawla, close friends since the 90s, are co-owners of Indian Premier League team, Kolkata Knight Riders. While the fans might not get to see their favourite stars come together on the big screen anytime soon, they sure get to catch a glimpse of them during IPL season. As IPL 2019 began, SRK and Juhi Chawla came together to support their team KKR against Sunrisers Hyderabad for a match at Eden Gardens on Sunday. 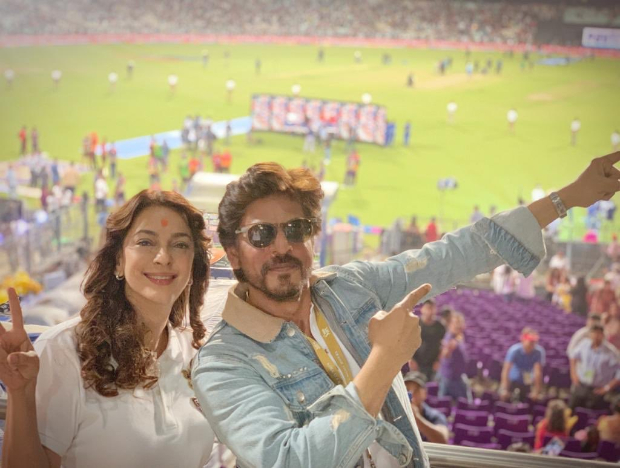 The co-owners were extremely excited to see their team play the first match of the season. Shah Rukh Khan and Juhi Chawla briefly appeared on the big screen as they waved at the audience who cheered for them. Juhi was wearing white top and beige pants whereas SRK looked dapper in a white tee and denim jacket. 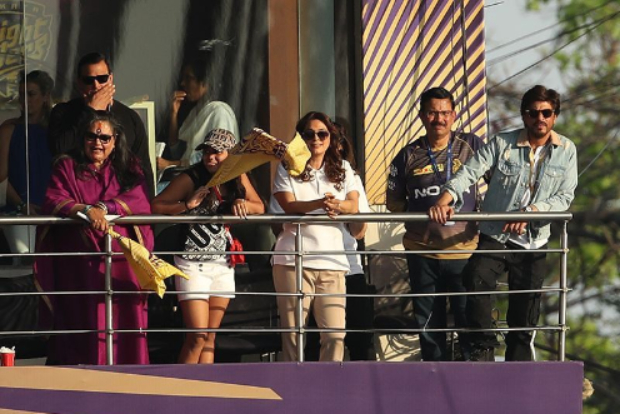 On the work front, Shah Rukh Khan and Juhi Chawla have starred in several films Duplicate, Darr and Yess Boss. He was last seen in Aanand L Rai's Zero. Juhi Chawla had a guest appearance in the film. 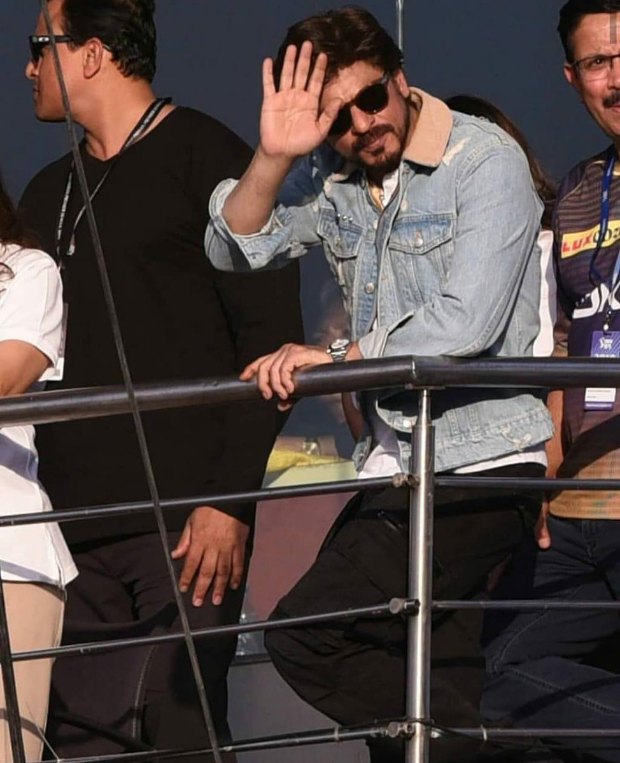 ALSO READ: Shah Rukh Khan is on a sabbatical, can’t decide whether to sign a film or a web project next