Deepika Padukone, on Tuesday night, looked resplendent in Anamika Khanna couture at the TIME 100 Gala. She was seated at the table alongside This Is Us star Sterling K Brown and CBS This Morning co-host Gayle King. In her speech, Deepika talked about her depression phase and how four years later things have changed. She even emphasized on equal pay at the gala.  Before she began her speech, someone from the crowd shouted a compliment, “You’re so beautiful!." Deepika blushed and thanked him for his words. 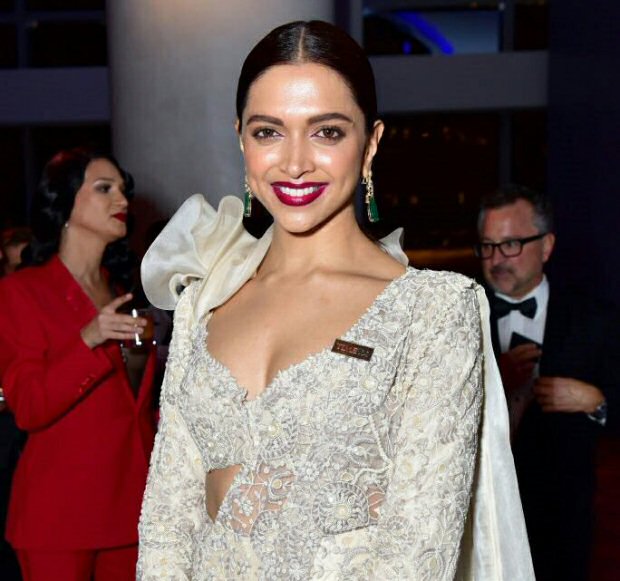 Deepika Padukone said, "I remember waking up that morning with a strange pittish feeling in my stomach. I had no idea what I was feeling. Life all of a sudden just felt meaningless and there were days when I just wanted to give up. And couple of weeks later I was diagnosed with clinical depression.

Four years on I stand here in front of all of you with a slightly better understanding, I think, of life and my feelings and the person that I am, but I feel like more importantly, I think all of you will agree with me when I say that we’re going through some pretty challenging times all around the world. 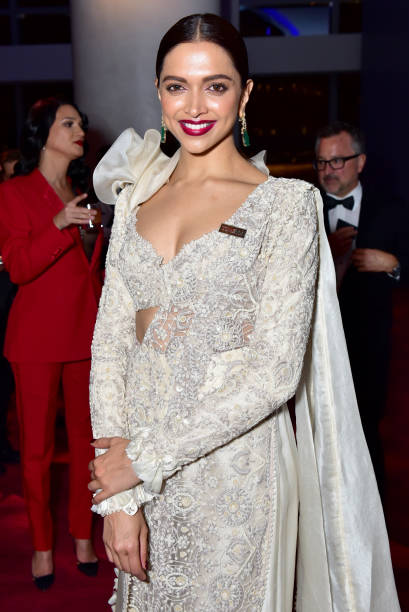 And so I want to raise a toast to every man and every woman and every child around the world that is faced with some sort of challenge every single day, but you do it with a smile, and I want to say that your power and your strength and your courage encourages me to go on every single day. And for the some of us I think who do think of giving up once in a while, I want you to know that we’re all in this together, and most importantly that there is hope, because in the words of Stephen Fry, “We’ll be sunny one day.” Thank you.

Deepika Padukone, being literally the highest paid actress in India, talked about equal pay and said, "You can feel a sense of...am I stepping over the line, do I deserve it? But if you believe you deserve it, then you do. For years, we’ve been made to feel we should be OK with settling for less, with sometimes a promise of getting something more later on. But I think you should get what you think you deserve. It’s OK to fight for it (equal pay), and it’s OK to feel uncomfortable initially because that’s just the way we’ve been made to feel for so long." 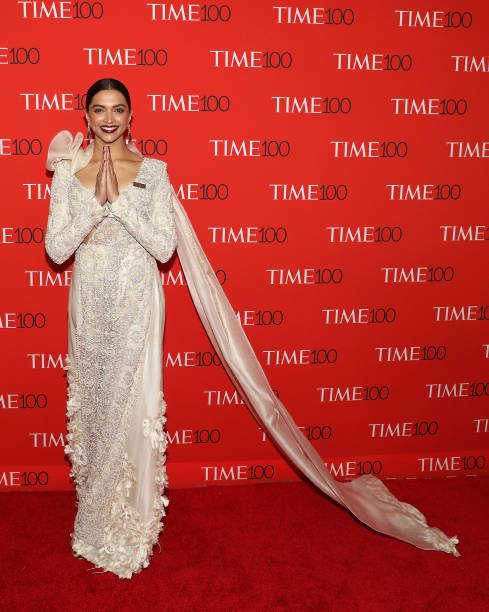 The TIME 100 Gala list, now in its fifteenth year, recognizes the activism, innovation and achievement of the world’s most influential individuals. TIME editors have said of the list in the past, “The TIME 100 is a list of the world’s most influential men and women, not its most powerful, though those are not mutually exclusive terms. While power is certain, influence is subtle. As much as this exercise chronicles the achievements of the past year, we also focus on figures whose influence is likely to grow, so we can look around the corner to see what is coming.” 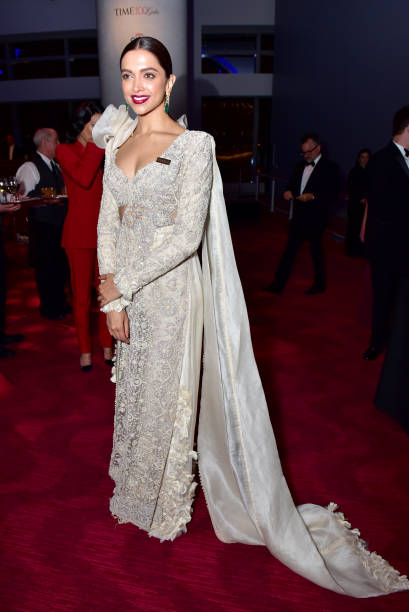 Deepika Padukone has also brought about a social change as she became the first actress to publicly address the condition of mental illness and her suffering from depression. The actress currently has been working towards creating awareness and supporting mental illness with her NGO, The Live Love Laugh Foundation (TLLF).

Meanwhile, Deepika Padukone brought in 2018 by clocking Rs. 300 crores at the box office with her magnum opus period film Padmaavat.

"...And for the some of us I think who do think of giving up once in a while, I want you to know that we’re all in this together, and most importantly that there is hope, because in the words of Stephen Fry, “We’ll be sunny one day." - @deepikapadukone ????#DeepikaAtTIME100 pic.twitter.com/t4Vh2rYeNf

Also Read: Deepika Padukone shines brighter than a diamond at Time 100 Gala 2018 but leaves us dissatisfied!