We all know the kind of immense appreciation that poured after the release of Arjun Reddy. While Vijay Deverakonda walked away with applauds and accolades, Sandeep Vanga was riding high on the success of the film too. The director recreated the film for Bollywood audiences with Shahid Kapoor and Kiara Advani in the lead and needless to say, the film is rocking the box office currently. Kiara, who played the role of Shalini Pandey from the original, was even more thrilled when she had Vijay sending her a lovely message over the success of Kabir Singh. 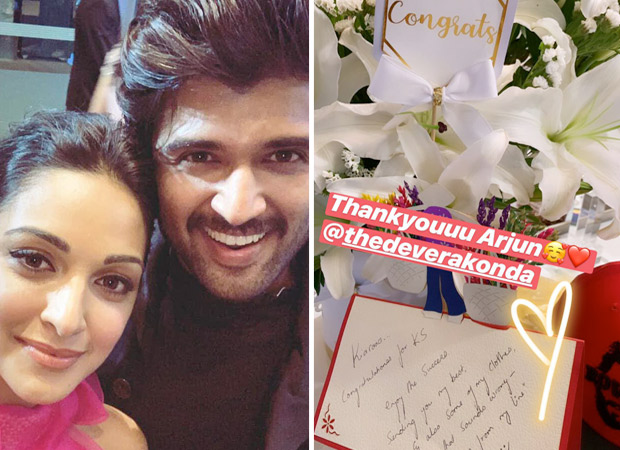 Vijay Deverakonda, who is busy with his Tollywood commitments, decided to send a special gift of flowers and a lovely letter that read, “Enjoy the success. Sending you my best and also some of my clothes, that sounds wrong – ‘clothes from my line’.” A thrilled Kiara Advani shared the letter on her Instagram and also thanked ‘Arjun’ for this special gesture. Here, have a look at the letter: 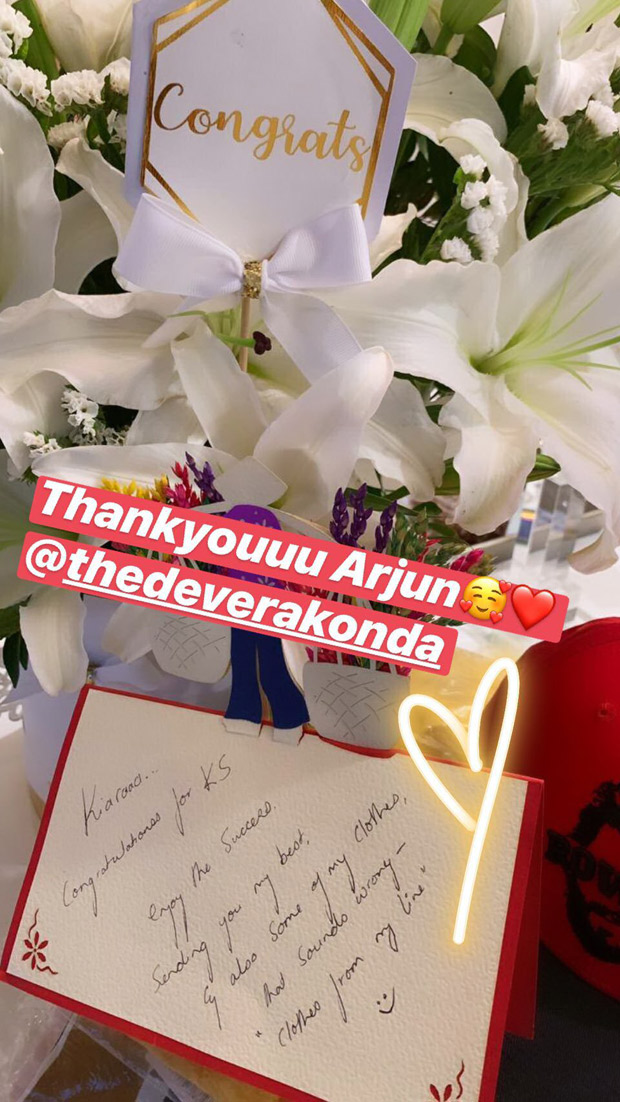 Kiara Advani is obviously thrilled with the response that she has been receiving for Kabir Singh. For the uninitiated, Kabir Singh is a story of love that blossoms between Kabir and Preeti during their college days. But when Preeti is forced to marry someone else, Kabir takes the self-destructive route of alcohol and drug addiction and despite being a great surgeon; he is suspended from practicing medicine after an incident of substance abuse.

On the film front, Kiara Advani will next be seen in Laxmmi Bomb alongside Akshay Kumar. She will also be seen alongside the superstar, Kareena Kapoor Khan and Diljit Dosanjh in Good News. The actress is also collaborating with Dharma Productions for the Netflix film Guilty too.