The upcoming episode of Sony Entertainment Television's most renowned comedy show, The Kapil Sharma Show will be filled with laughter and joy in the presence of Bollywood industry’s most content driven actor, Ayushmann Khurrana. The actor who has given four back to back super hit films has earned the recognition by becoming one of the most profitable actors in terms of ROI in the industry. On The Kapil Sharma Show, Ayushmann will be seen promoting his upcoming film, Article 15, based on the socio-political situation faced in India. Joining him will be cast members, Isha Talwar, Manoj Pahwa and director Anubhav Sinha. While talking about his upcoming movie, Ayushmann revealed his Man Crush on the show which shocked everyone. 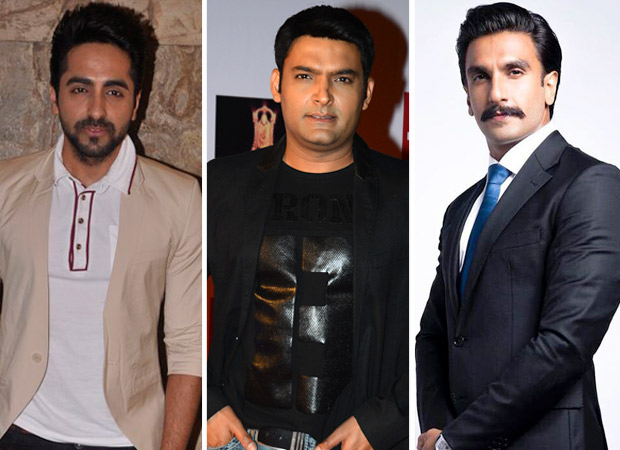 There were a lot of rumours making rounds that Ayushmann has a man crush on Bollywood’s heartthrob Ranveer Singh. When Kapil asked him to confirm the news, Ayushmann said, “Yes, I do have a man crush on Ranveer Singh. He is a very charming and a loving person in the industry. I even like Deepika Padukone and together, both of them are one of the most charming couples in the industry.”

Ayushmann further adds, “They even mentioned that they like me the same way I like them and because of that, I was shocked when I got to know that they watched my film, Andhadhun on their honeymoon.” Hearing this, everyone on sets including Kapil Sharma was amazed to see the fan following Deepika and Ranveer have for Ayushmann and his versatile acting skills.

Further in the show, Ayushmann reveals the reason why he would not like his 7 year old son to watch his films because of the quirky content. On the other hand, when Sapna, played by Krushna Abhishek meets Ayushmann, she says that in Nalaspoara, children sleep between their parents to avoid repeating what happened in , Badhaai Ho.

Also Read: Article 15: Ayushmann Khurrana wants the film to be declared tax free and here’s what he has to say!