Ranveer Singh has been enjoying his busy schedule, courtesy the training session that he has been taking in Dharamshala for his much talked about historical cricket film, ’83. Considering his close association with the sports, the actor was seen spending all his time with the team of the film and also cricketers. And we recently got another glimpse of his friendship with these sportsmen when Shikhar Dhawan posted a video of them dancing and recreating the Padmaavat character Alauddin Khilji step and also Gabbar from Sholay too! 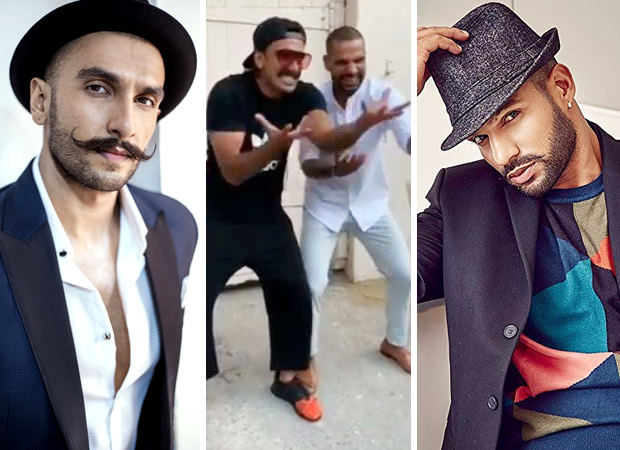 This video of ’83 star Ranveer Singh and cricketer Shikhar Dhawan dancing their heart out will make your weekend just BETTER!!

A video shared by Shikhar Dhawan on his Instagram page seem to have attracted quite a bit of attention amongst Ranveer Singh fans. The cricketer and the Bollywood star seem to have had a gala time when they met up at Mehboob studios in suburban Mumbai. The two of them seem to be recreating the song ‘Khalibali’ from Padmaavat and also a Gabbar step from Sholay in the series of videos posted by the cricketer. Here’s the post:

On the work front, Ranveer Singh, as mentioned before, will be seen in ’83 which also boasts of many other actors like Tahir Raj Bhasin, Saqib Saleem, Tamil actor Jiiva, Harddy Sandhu, Ammy Virk amongst others. The actors too accompanied Singh for the training session in Dharamshala which was headed by real life former cricketer Balvinder Singh Sidhu. While the Kabir Khan directorial is expected to go on floor in mid-May, it is slated to hit the big screens on April 10, 2020.

Besides this, the actor will also feature in the multi-starrer Takht which also stars Kareena Kapoor Khan, Alia Bhatt, Bhumi Pednekar, Vicky Kaushal, Janhvi Kapoor and Anil Kapoor. The film is directed and produced by Karan Johar.