It is a well-known fact that Aamir Khan is extremely passionate about his organization Paani Foundation that works towards helps regions that are facing water scarcity. Furthermore, taking the cause a step ahead the superstar started even a Marathi show called Toofan Aalaya which brings forth real life inspiring stories. Recently the guest who appeared on the show was none other than Madhuri Dixit. And her Dil co-star was more than happy to express his gratitude on social media. 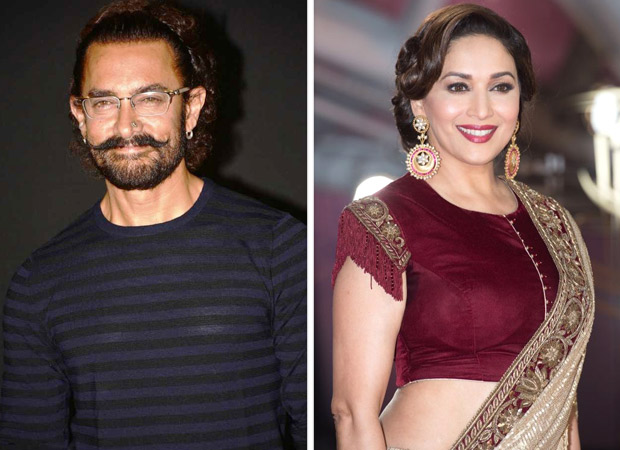 Aamir Khan, in his recent tweet, revealed that Madhuri Dixit came on board for the show almost immediately after he asked her and couldn’t stop applauding the Bucket List actress’ gesture. Toofan Aalaya which features Aamir along with his wife Kiran Rao, generally features Marathi celebrities and common people who speak about these stories. We all know that Madhuri has not only made her debut as an actress but also as a producer in the Marathi film industry.

Expressing his happiness over having his former co-star on board for the show, Aamir Khan said, “Thanks @MadhuriDixit for stepping in for me.  I made one request she was up for it.  Too sweet.” Along with that, he also shared the link for the Madhuri Dixit episode in the show.

Thanks @MadhuriDixit for stepping in for me. I made one request she was up for it. Too sweet
Please watch.
Love.
a.https://t.co/ariLhGyWYA@paanifoundation #WaterCup2019 #ToofanAalaya

While Madhuri Dixit and Aamir Khan have done a couple of films in the 1990s, they are yet to share screen space after the actress made a comeback in the industry. While Aamir Khan is busy with the prep for Forrest Gump remake Lal Singh Chaddha, Madhuri had two releases this year – Total Dhamaal and Kalank.