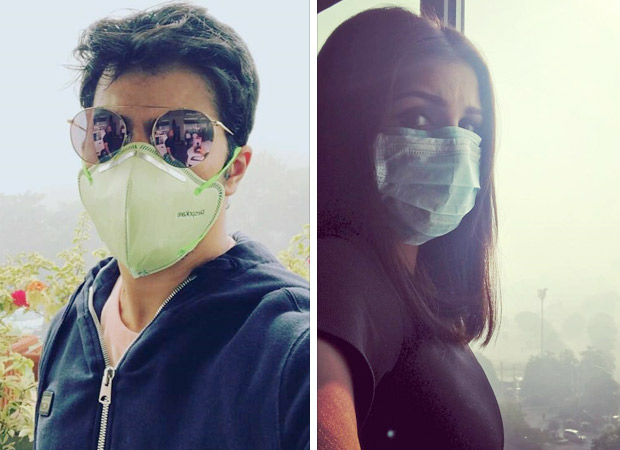 Even though they haven’t come together in a full-fledged film, Varun Dhawan and Parineeti Chopra created waves when they came together only for a song in the actor’s comic caper Dishoom. Now, the two actors are creating a storm on social media with their latest uploads which include both of them in a masked avatar.

Why are Varun Dhawan and Parineeti Chopra hiding their faces?

While Parineeti Chopra is busy shooting for her film Sandeep Aur Pinky Faraar, Varun Dhawan will soon kick off YRF’s Sui Dhaaga. The two of them recently took to Instagram to share an image where Parineeti Chopra and Varun Dhawan have covered their faces with a mask. They remind us of the way Shahid Kapoor had tried to hide his face when he recently arrived at the airport. The actor was trying to cover up his look for his next Batti Gul Meter Chalu since he was supposed to be sporting the Padmavati look that releases this year.

However in case of Varun Dhawan and Parineeti Chopra, the two of them are shooting for their individual films and hence, hiding their face for the same looks unlikely. But we wonder if this is to move away from the Delhi pollution. The two of them have kick started the film in the capital and it seems that the smog is playing a spoilt sport.