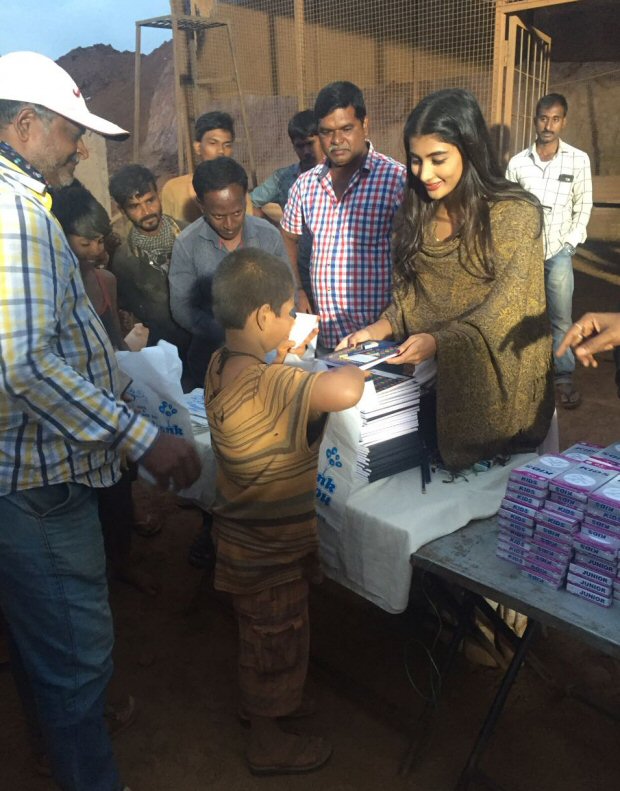 Pooja Hegde, who made her debut last year with Hrithik Roshan starrer Mohenjo Daro, has been keeping busy with the shooting of her Telugu film. The actress, who is yet to sign her next Hindi film, was snapped on the sets of her film doing a good deed.

After wrapping up the shoot of her upcoming Telugu film, Pooja Hegde along with the entire unit distributed gifts to 100 kids including food and foodstuff on the sets of her film. The gorgeous actress, who was shooting for her Telugu film in a remote area in the South recently, decided to extend a helping hand to the local children instead of a wrap-up bash.

On her birthday recently (13th October), Pooja Hegde visited the children's cancer ward at the Tata Memorial Hospital, where she spent a couple of hours with the children there.