South Korean group or what we like to call as 4th generation ‘It’ boys, Tomorrow X Together comprising Soobin, Yeonjun, Beomgyu, Taehyun, and Huening Kai are gearing up for the release of their upcoming second studio album, 'The Chaos Chapter: FREEZE'. After a series of concept photos and trailer, the tracklist was unveiled on May 24. On May 25, TXT has dropped the album preview which gives an insight into what the songs will sound like. 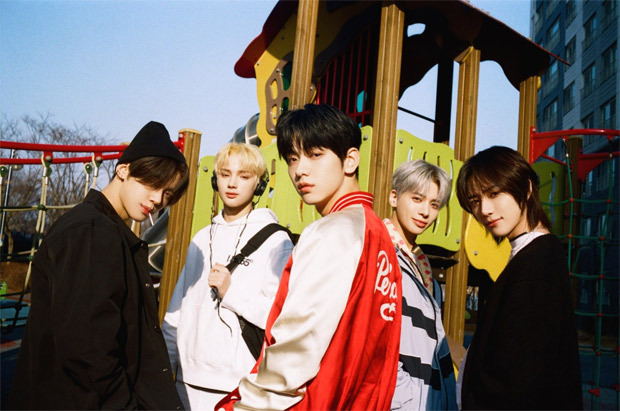 TXT drops preview of ‘The Chaos Chapter: FREEZE’ and it already sounds like a hit album

The quintet has been actively involved in the album’s creative process, marking another step of musical growth for the group. Member contributions include Soobin for 'Ice Cream'; Yeonjun, Taehyun and Beomgyu for 'What if I had been that PUMA'; Yeonjun, Huening Kai, Beomgyu, and Taehyun for 'No Rules'; Taehyun and Huening Kai for 'Dear Sputnik' in which the latter lists his first producing credit since debut; and Yeonjun for 'Frost.'

Bollywood Hungama reported on Monday that the band’s title track '0X1=LOVESONG (I Know I Love You)' featuring Seori is the unequivocal declaration of a boy’s first love. The song expresses a boy’s certainty in the love he feels for ‘you,’ who came to him in a world of chaos. The title uses numbers to visually represent that in this world of zero (0), ‘you’ are my one (1) and only. The song is the collaborative effort between producers of HYBE Labels' Slow Rabbit and “hitman” bang, American singer-songwriter and Rock Hip hop artist Mod Sun and No Love For The Middle Child as songwriters, and RM of BTS who helped pen the lyrics.

'Magic' marks TXT's first English song. The track is dedicated to ‘you’ whose magic thaws the ice that held me. In addition, 'Anti-Romantic' sees the involvement of producer and songwriter Alex Hope as well as artist Salem Ilese, while 'Frost' involves London-based artist Ashnikko.

The album is set for release on May 31.