The 4th generation South Korean pop group TOMORROW X TOGETHER aka TXT is set for the upcoming release of their second studio album 'The Chaos Chapter: FREEZE'. After the concept trailer release and series of concept photos, the tracklist is here and it features well-known names. 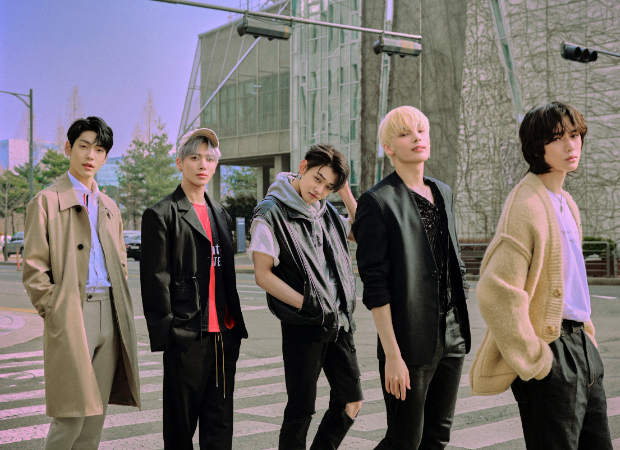 Following the group’s success for 'minisode 1: Blue Hour',  the upcoming album features eight tracks.The title track is '0X1=LOVESONG (I Know I Love You),' featuring 'Lovers In The Night' singer Seori. She is a South Korean singer under ATISPAUS agency. She began her career as a cover artist on YouTube and made her official on May 13, 2020, with the mini-album '?depacse ohw'.

The band’s new title track '0X1=LOVESONG (I Know I Love You)' feat. Seori is the unequivocal declaration of a boy’s first love. The song expresses a boy’s certainty in the love he feels for ‘you,’ who came to him in a world of chaos. The title uses numbers to visually represent that in this world of zero (0), ‘you’ are my one (1) and only.

Also noteworthy is 'Magic', TOMORROW X TOGETHER’s first English song. The track is dedicated to ‘you’ whose magic thaws the ice that held me.

'The Chaos Chapter: FREEZE' shows off an impressive roster of global producers from a wide range of musical styles. '0X1=LOVESONG (I Know I Love You) feat. Seori' is the collaborative effort between producers of HYBE’s labels Slow Rabbit and “hitman” bang, American singer-songwriter and Rock Hip hop artist Mod Sun and No Love For The Middle Child as songwriters, and RM of BTS who helped pen the lyrics.

English singer Olly Murs has participated on the track 'Magic'. Other tracks include 'What if I had been that PUMA,' and 'No Rules' – seem to be callbacks to their previous tracks - 'Puma', 'The Dream Chapter: Magic' track 'New Rules'.

The five members of TXT have also been actively involved in the album’s creative process, marking another step of musical growth for the group. Member contributions include Soobin for 'Ice Cream'; Yeonjun, Taehyun and Beomgyu for 'What if I had been that PUMA'; Yeonjun, Huening Kai, Beomgyu, and Taehyun for 'No Rules'; Taehyun and Huening Kai for 'Dear Sputnik' in which the latter lists his first producing credit since debut; and Yeonjun for 'Frost.'

'The Chaos Chapter: FREEZE' has already recorded over 670K pre-orders and will reveal its album preview video on May 26. The album releases on May 31.

ALSO READ: TXT looks ethereal in first concept photos from 'The Chaos Chapter: FREEZE' ahead of May 31 album release